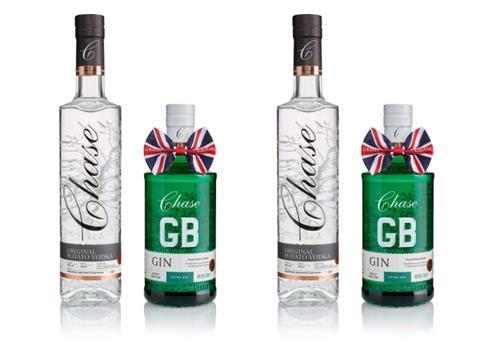 UK regulators have cleared Diageo’s acquisition of Chase Distillery after concluding the deal will not result in a “substantial lessening of competition”.

Diageo agreed to buy gin and vodka producer Chase in October for an unspecified sum as it seeks to grow its premium spirits portfolio.

The UK’s Competition & Markets Authority announced it had launched a preliminary investigation into the deal on 7 January, but said on Thursday it will not step up the process into a more in-depth phase two investigation following initial submissions.

The Grocer reported in December how a boost in demand for gin & tonics at home has helped spirits group Chase Distillery offset the collapse in on-trade and international business this year.

The distiller saw strong growth in retailers such as Waitrose, Tesco and Morrisons, as well as in independents and wine merchants during the coronavirus period, while its direct-to-consumer online business also more than doubled in size.

Chase Distillery generated £13.6m revenues in the 12 months to the end of 2019, according to accounts filed at Companies House, which represented pro-rate annual growth of 13.2%.