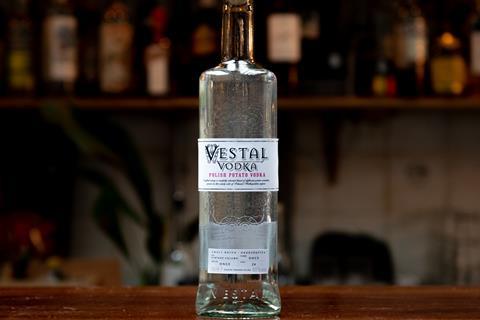 Craft vodka brand Vestal has sold a 48% stake to Halewood Wines & Spirits, The Grocer can reveal.

Vestal, founded in 2011, is a traditional-style vodka made in Poland, with potatoes from Kashubia, where its founder William Borrell has a family farm.

Both businesses were “determined to take advantage of what they see as the coming revival of vodka”, said Vestal, and would “build on Halewood’s focus on artisanal spirits that served it so successfully in 2019”.

To mark the deal, Vestal has been given a makeover, with a new bottle made from recycled glass rolling out as well as the launch of a 2015 ‘vintage’ vodka (rsp: £22/70cl).

“The nature of each Vestal vintage is determined by the type of potatoes used and their provenance, including the region’s weather in any particular season,” said the brand.

“This ground-breaking approach has enabled Vestal to cut a distinctive swathe through a crowded market, which is now being mimicked by larger competitors.”

It’s the latest in a series of craft spirit plays from Halewood, which has spent recent years hungrily signing distribution deals and buying out smaller brands.

Recent purchases include the likes of Cornish craft rum Dead Man’s Fingers, which made headlines last year when it launched a CBD-infused hemp rum into the mults.

The brand hit the headlines again when it was rapped by the ASA in October for ads the watchdog said linked the drink to illicit drugs.