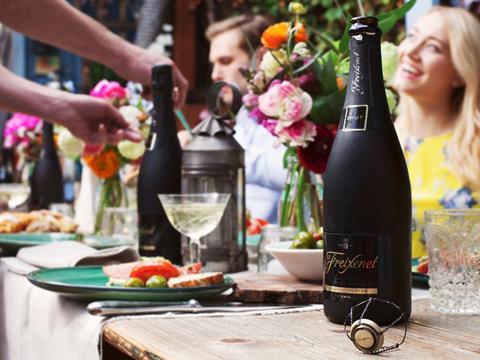 The merger would allow Henkell and Freixenet to “access new markets and distribution channels, enabling them to achieve sustainable growth” at a global level, said Freixenet.

A new board of directors at the Spanish business will be led by co-presidents José Luis Bonet and Albert Christmann, joined by SA Damm president Demetrio Carceller Arce as well as managing directors Pedro Ferrer and Andreas Brokemper, who will act as spokesmen for Henkell’s management.

In the UK, the deal nets Henkell subsidiary Copestick Murray, which has merged with Freixenet UK, a similarly dominant position in the market.

Freixenet was “a fantastic brand which is having some tremendous success in the UK and around the world” said Copestick Murray MD Robin Copestick.

The deal comes as sales of wines across Copestick’s and Freixenet’s portfolios have seen serious growth over the past year.

Meanwhile, Freixenet has grown sales 36.4%, adding £10.2m to its value, which reached £38.3m. The brand made its debut in prosecco last year.