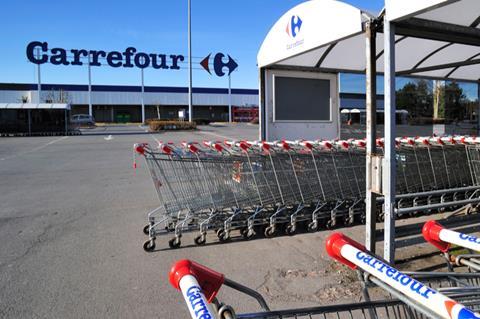 The Geneva talks are a departure from Tesco’s approach of recent years, but very consistent with that of Carrefour, its strategy buying partner. If ever there was a directional mismatch it’s here, but it makes perfect sense for the two retail giants in different markets to follow the lead of the international buying groups (IBGs). It’s bad for suppliers, bad for shoppers and decency, but great for retailer margins.

This scourge of retail buying principles is well-known to pan-European suppliers, but until now the only retailer to have a tickle was Asda, back in 2015. It joined EMD for the purposes of ‘improved private label sourcing’, but this fizzled out as the co-ordination of the cross-border shipments and implementation of threats was just easier in mainland Europe.

Retailer buying groups demand price harmonisation between markets, which is difficult enough, but they then slice off their limbs 1% at a time with an associated threat to crash their business across a range of markets.

There are tacit benefits promised among the thinly veiled threats, like more effective campaigns across Europe, but suppliers – coping as best they can negotiating ‘more for more’ JBP (joint business planning) style counterparts – find they are double paying for promised activity that’s impossible to track and enforce.

In depth: Does Tesco’s Carrefour alliance suggest it is reverting to type?

The timing of the IBG’s demands tends to be just after you’ve committed to your local market JBP, so that’s locked in, and whatever they give is simply an incremental spend for the supplier. I’m a fan of robust negotiation, but the retailer vs supplier power balance never needed this. This is not Londis – this is the big bad boys choosing to be bigger and badder just because they can. In the end the impact on supplier jobs, innovation and creation of exciting categories will hit consumers negatively.

You may think the ability to centrally overrule the data-based decision of a category buying manger, and pull the trigger on a coordinated threat across unrelated businesses, would be too difficult. After all, when a decision is made in a major retailer it’s highly connected to the shopper loyalty data these days, and this is especially true of Tesco for the past four years. Yet the IBGs have an improving track record of co-ordinated delisting, withholding support and halting local negotiations. Imagine the NAM you send to the meeting being confronted by six customer trading directors from different markets with a category threat up their sleeve just for you. They now seem happy to pull the trigger first just to save time prevaricating.

Buying groups are not scared to take on big companies, either. In the past three years Coca-Cola, Pepsi and Nestlé have all had high-profile conflicts that have cost millions to the joint value. So it’s a new cost of doing business coming our way. It amounts to business continuity vs risk of punitive action. International contract agreement annual rates vary from 1% to 5% and are 100% incremental to local agreements. Not only is it a dynamic issue with retailers moving across groups on mergers and acquisitions, it’s growing. Now Tesco is affiliated, look at who else can follow: Lidl, Aldi and Esselunga, as well as health & beauty retailers and of course online retailers, not to mention all other UK and Russian retailers.

The cross-jurisdiction issue for the code of conduct adjudicators makes it tricky to lay down the law when, for example, Tesco points the UK GCA to ask Carrefour in Geneva about it. It’s a mess, it’s a threat, and I’m getting behind the suppliers – or this will not end well for consumers.