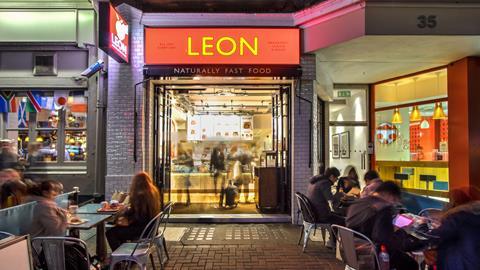 How does Leon fit into the Issa brothers’ master plan?

The restaurant brand suits forecourts but not Asda, say analysts

With their £6.8bn Asda takeover still in its infancy, you might expect the Issa brothers to have their hands full for the foreseeable future.

But the self-made entrepreneurs from Blackburn didn’t let the prospect of assimilating and transforming the supermarket chain – or the complications arising from its wrangling with the CMA – slow their driving ambition.

So where does Leon fit into the master plan?

While Covid undoubtedly created the ideal conditions for the Leon swoop, Mohsin and Zuber Issa have admired the brand and courted co-founder John Vincent for years. And EG certainly didn’t pick up the restaurant group for a fire-sale price.

At £100m, EG paid around 20 times Leon’s pre-Covid 2019 earnings of £5.2m (on revenues of £76.3m), which will now be significantly lower as sales vanished in the pandemic for the chain’s mostly London-based sites.

“The price tag was extremely generous,” an insider with knowledge of the deal says. “It was too good an offer for the PE owners and co-founders to turn down. At the same time the Issas will feel they have got a good deal. Once there have been several hundred Leon sites rolled out, with the saving you make from not having franchise payments and the bigger margins, it pays for itself.”

“This deal gives it immediate scale on a global level”

Despite Leon scraping through the pandemic thanks to a CVA, it would have been “extraordinarily hard graft” to get it back to pre-Covid like-for-like growth rates of 10% without significant backing, the source adds. “This deal gives it immediate scale on a global level.”

Vincent says Leon, named after his father, was created with the ambition to be a big business. “With EG’s backing now it can be,” he adds. “People love Leon but on our own we could only grow so fast.”

And more than one commentator has wondered what government healthy food tsar and Leon co-founder Henry Dimbleby makes of the move by the owner of the largest KFC franchise in the UK and Ireland (while counting his shekels).

As for the EG brothers’ strategy, it is noteworthy perhaps that Asda isn’t mentioned once in the announcement of the Leon deal.

Instead, it focuses on how outlets of the fast-food chain will help broaden the foodservice offer across EG’s global empire of almost 6,000 forecourts, with about 20 new Leon sites a year to be opened from 2022.

Shopfloor Insights analyst Bryan Roberts sees EG Group as a global forecourt operator that just happens to have bought a supermarket. “Not everything it does should be looked at through the Asda lens,” he cautions.

Unlike its agreements with the likes of KFC, Burger King, Subway and Starbucks, EG has full control and can change and develop Leon’s menu as it sees fit, while also earning fatter margins than from franchised operators.

The deal thereby continues the theme of EG reducing its reliance on third parties, Roberts says. “Asda can replace Spar in supplying the forecourts with groceries and Leon also enables it to potentially get rid of other partners,” he adds. “The more brands they own, the better the economics stack up.”

Starbucks will now be watching with interest to see if the Issas manage to pull off a Caffè Nero deal in the coming weeks.

It would not be the only one at risk of losing out in EG’s relentless expansion. Sainsbury’s exclusive arrangement to sell Leon’s popular range of branded sauces, oils and ready meals hangs in the balance as a result of its latest play. The SKU count has ballooned from the original 14 when the three-year exclusive agreement was announced in October 2019 to almost 30.

It is currently unclear whether the arrangement with Sainsbury’s, which also owned a 15% minority stake in Leon Grocery Ltd, the group’s subsidiary set up to sell to supermarkets, will come to an end earlier than planned.

EG also highlighted the opportunity for the Leon brand across its convenience offering, so it clearly sees the potential of having a wider offer available for customers.

Bryan Roberts emphasises EG has bought a brand, not just a restaurant group, giving it flexibility in how it deploys the asset. “It is doubtful EG will always open a full Leon restaurant on its sites each time. It could go with a small food-to-go counter or even just a Leon chiller in the forecourt shop. There are a lot of ways to skin the Leon cat in its locations.”

However, he adds, there remains a worry over the Leon price point, with the majority of the chain’s 70-plus sites currently in London. “It is one thing for an overpaid Londoner, but your average motorist might balk at paying a fiver for a pot of beans.”

It raises questions over the brand’s suitability for a roll-out as restaurants in Asda stores, particularly in the north, and inclusion in the supermarket’s category transformation programmed dubbed ‘End2End’. As revealed by The Grocer last week, End2End is set to see surplus store space turned over to a rollout of concessions, including from B&Q, Decathlon and a raft of food-to-go providers.

“While we would not wish to be too precious about brand reputations and positions, Leon and Asda may just be a bit of a square peg in a round hole,” argues Clive Sharpe of Shore Capital.

Sources close to EG have not ruled out Leon restaurants inside Asda, but see it as unlikely until further down the road, with the immediate focus more on Leon drive-thrus at the forecourts.

Either way, any similarities with former Tesco boss Philip Clarke’s failed strategy to lure shoppers to out-of-town stores with the introduction of Giraffe restaurants seem superficial.

Roberts says the logic with Giraffe was “good but flawed”.

“Tesco failed to appreciate the Giraffe customer might not necessarily want to stick around in store. People would eat there and then go off and do a shop in Lidl.”

There is more overlap with Leon and EG, where customers can fill up their cars, buy cigarettes, some milk and pick up a Leon meal or product, Roberts believes.

HSBC retail analyst Andrew Porteous agrees the potential for EG is much larger and more complementary.

“The Issa brothers have built a sizeable business in petrol forecourts where such a food-to-go offer would clearly fit well, especially if, as we transition to electric vehicles, dwell time in petrol stations increases.”

Black says there could be parallels between Clarke’s plan, which was to repurpose supermarket space with differentiating brands, and EG’s strategy for Asda. But he says an EG deal with Caffè Nero would be the more direct parallel for Asda, similar to Harris + Hoole in Tesco, where customers could grab a coffee before or after shopping. “That is much more a feature of the Caffè Nero approach,” he adds.