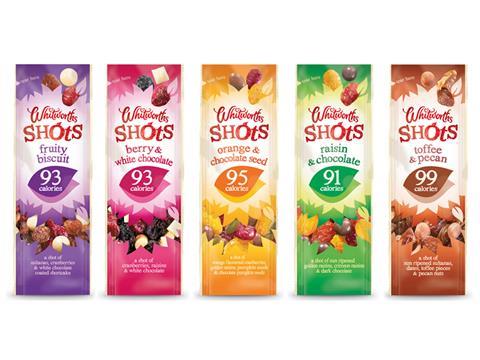 Food & drink deal activity increased substantially in the second quarter as the weak pound tempted overseas acquirers to buy cheaper UK assets and there was a pick-up in private equity investment.

The 57 deals completed between April and June represented a 39% rise on the 41 recorded in the sluggish first quarter of 2017, according to the latest Grant Thornton Bite Size M&A report.

Almost a third of transactions in the quarter saw UK/Irish targets fall into foreign hands, compared with 21% of deals in 2015 and 26% in 2016 overall, with the majority of acquirers continuing to be from North America (29%) and Europe (53%).

“The ability to acquire assets at a discounted rate due to sterling’s depreciation inevitably played a part in driving an increase in overseas investors in the quarter,” said Trefor Griffith, head of food and beverage at Grant Thornton.

Brexit has been a mixed blessing for M&A activity in the industry, with a marked slowdown in the first quarter as suppliers started to feel the pressure of rising costs and currency deflation.

Griffith added deals were taking longer to get over the line as increasingly cautious buyers weighed up the implications of the UK’s exit from Europe and put more time into due diligence.

“At a time when Britain was on a recovery path from the shock of Brexit, political uncertainty triggered by a hung parliament has been thrown into the mix,” he said. “Just as Brexit caused a number of deals in the pipeline to be put on ice, the election outcome inevitably put some deals on hold.

“Investors’ nerves may not become more apparent until there is more clarity and as March 2019 draws nearer and the country inches ever closer to the EU exit door. In the meantime, M&A in the F&B sector continues to perform robustly despite the ongoing political and economic uncertainty.”

The second quarter also brought an increase in private-equity investment in the sector, with 16 deals involving PE houses, equating to 28% of activity in the period.

The figures, which compare with 38 transactions in 2016 overall, include overseas PE firms investing in the UK, as well as domestic houses dipping their toes overseas.

LDC was particularly active in the quarter, investing in savoury pastry product manufacturer Addo Group in a £100m transaction and backing the MBO of Hill Biscuits.

First-half deal volume of 98 was slightly down on the 104 in the same period of 2016, which Griffith noted came at a time when there was a broad assumption that the UK would vote ‘remain’ on 23 June.

“The activity conveys a clear message that in spite of the uncertain environment following the referendum, M&A activity in the F&B sector remains resilient.”

Total disclosed deal value for the second quarter was £3.1bn, compared with £4.2bn in the previous three months. Both quarters were boosted by a single mega-deal: the £1.4bn sale of Weetabix to Post Holdings and the proposed £3.6bn Tesco/Booker merger.