Müller and Dairy Crest deal decision could come next month 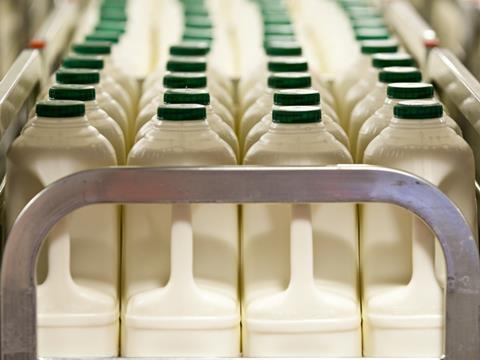 The Competition and Markets Authority could announce whether it has accepted Müller’s proposals of undertakings to facilitate its acquisition of Dairy Crest’s liquid milk division next month.

Commenting on Tuesday (14 July) as it announced a strong quarter to 30 June for its cheese business, Dairy Crest confirmed that a further update on the deal’s progress was due on 21 August.

Müller has proposed offering milk and processing capacity to a third party at two sites servicing the southwest of England and South Wales to placate competition concerns.

“The market does seem increasingly positive around the eventual clearance of the Müller deal,” said Investec analyst Nicola Mallard.

Dairy Crest’s trading update revealed trading in line with expectations, with the Cathedral City brand performing well and the Frylight spray oil continuing to perform strongly. However, this was offset by a fall in sales for Clover and Country Life in a butter and spreads market which continues to decline.

“Underlying cash generation is good and, as the year progresses, lower milk costs will make a significant difference to the carrying value of cheese stock and hence working capital,” added the update.

Production of demineralised whey powder and galacto-oligosaccharide is also close to getting underway at the Davidstow creamery in Cornwall.

“The year has started off as we expected. Higher sales of Cathedral City and Frylight are encouraging in markets that remain challenging,” said CEO Mark Allen. “Dairy Crest is well positioned for profitable and sustainable growth, our full-year expectations remain unchanged.”

With a share price of 566p on Tuesday morning, Investec’s Mallard issued a ‘hold’ recommendation. “We feel on a fundamental basis the shares are fairly valued at these levels, but do concede that Dairy crest could attract some speculation around its future as a food only entity”, she said.