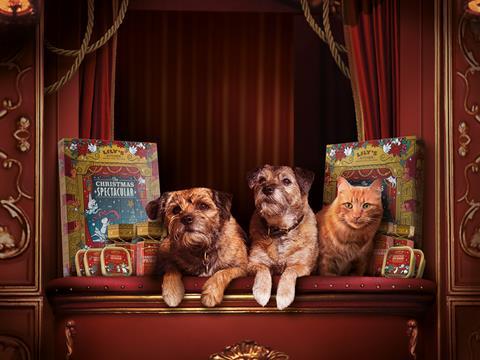 Premium petfood brand Lily’s Kitchen will continue to be run separately from global giant Nestlé Purina to “preserve [its] premium credentials” after being snapped up in a deal thought to be worth over £100m.

Under the terms of the deal Lily’s will operate from its offices in London as a standalone entity, led by Lily’s Kitchen CEO David Milner and the existing management team.

Established 12 years ago by Henrietta Morrison, Lily’s has grown to generate retail sales of around £85m across 30 countries.

Its last filed accounts at Companies House showed revenues of £31m for the year to 31 March 2019 – sales last year are understood to have grown by over 30% to take its annual turnover past £40m.

Purina acquired a majority stake in online petfood subscriptions business Tails.com in 2018, in a deal thought to be worth around £100m – City sources suggested the Lily’s Kitchen deal valued the brand at a higher level given its larger revenues.

Lily’s will continue to employ its outsourced manufacturing model and the business will be run at arm’s length from Purina’s wider petfood operations.

“They’ve seen our plan for the next five years and said we’d like you to execute that plan,” Milner told The Grocer.

“The very fact we’re operating in different parts of the market is why we’re a very sensible acquisition,” he said. “They’re smart enough to know that leaving us alone and allowing us to run the business the way we know how is the best way to preserve the premium credentials of the brand.”

Milner said that in his five year association with the brand it had attracted numerous suitors, but Purina had the global scale, market knowledge and expertise to accelerate its growth.

A source close to the deal said there was “huge” private equity interest in the brand, but PE could not compete with the proposal Purina could make in terms of the long-term future growth of the brand.

Founder Morrison has stepped back from day-to-day management of the brand in recent times and will relinquish her role as chairman as a result of the deal, though will continue her associated with the brand in an advisory capacity.

In a statement, the companies said Nestlé Purina will help to build upon the brand’s momentum by “further increasing Lily’s Kitchen’s brand awareness and supporting the continued expansion of its global footprint to reach more pet parents”.

Lily’s has focussed on growing its international footprint in recent years, though Milner stressed that the majority of growth will continue to be driven by domestic expansion. “There is still an enormous amount of room for growth just to get our fair share of distribution in UK supermarkets,” he said.

Founder Henrietta Morrison commented: “I’m proud we have been able to bring the business this far and by working with Purina we will accelerate Lily’s Kitchen, becoming truly global so that pet owners worldwide can have access to really healthy, natural petfood.

“We have created a brand that people and their pets really love. I’m so proud of what we have achieved and know the brand will be taken good care of in its next chapter and beyond.”

The Grocer reported in January that the sales process for Lily’s Kitchen was one of a raft of premium petfood deals set to come to market in 2020.

However, The Grocer reported last week that one of these expected deals – the sale of MPM Products – has been shelved due to the impact of coronavirus.

Sources suggested that the Lily’s Kitchen sale was not threatened to be derailed by the coronavirus crisis – pointing out the durability of the pet food sector and strong trading during the early days of the outbreak by Lily’s itself.