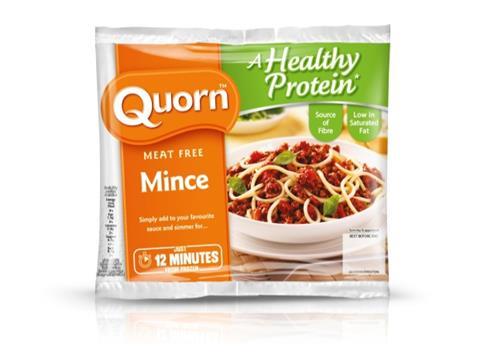 Quorn’s foothold in the US could drive a premium valuation

Quorn Foods is embarking on a £40m investment drive to continue to fuel its rapid growth over the next 12 months on the road to becoming a £1bn business. It comes as the meat-free producer’s private equity owner has reportedly appointed bankers to oversee a sale following interest from possible buyers.

The North Yorkshire based food manufacturer, which currently exports its meat alternative products to 15 international markets, is looking to build on the 8% sales growth (to a record £150m) it experienced in 2014 and plans to expand into at least one new country this year, with a further two being considered.

It is this international growth which has likely caught the attention of Alpro-owner The WhiteWave Foods Company, which has reportedly approached Quorn backer Exponent Private Equity about a potential takeover.

A source in the corporate finance community said Exponent could drive a high valuation thanks to its potential in the US and command a premium price. Its current valuation of £400m has jumped up by £100m over the past year, the source added.

Exponent has hired US advisory firm Houlihan Lokey to conduct a strategic review of Quorn, according to Sky News, with a stock market listing thought to be a possibility. However, an IPO would be “unlikely to return as high a price as a bid from a US buyer”, the market source said.

Other companies thought to have an interest in Quorn include Hain Celestial and Swiss giant Nestle.

“As a PE-owned company, we will obviously be sold at some point, but our management team is currently focused on continuing the growth of the company,” a spokesman for Quorn added. “Beyond that, we don’t comment on rumours or speculation.”

Quorn said its £40m investment would include more NPD ”with a number of exciting launches planned for later this year, including a new vegan friendly range”.

Speaking about the new £40m investment drive, CEO Kevin Brennan called on the government to protect and enhance existing R&D and innovation tax breaks in next week’s Budget.

“Our £40m investment over the next 12 months is a real statement of intent, as we pursue our ambition to transform Quorn into a $1bn business, four to five times its current size,” he said.

“All of the 15 markets we directly export to are performing extremely well, with sales of Quorn likely to double in Germany, Finland and Denmark over the next 12 months, and plans to expand into at least one new international market in 2015 as we look to build on current momentum.

“There’s no doubt that government policy around R&D relief and the Patent Box is helping to fuel our growth, and that of other innovative companies, and the next Budget offers the perfect opportunity for the Chancellor to show his commitment to businesses such as ours and take steps to protect and enhance tax relief measures.”

In addition to the £40m investment over the next 12 months, Quorn is close to completion of a £30m capital injection at its Billingham plant near Middlesbrough, which will see it double its production capacity from June onwards, creating 400 jobs in the process.