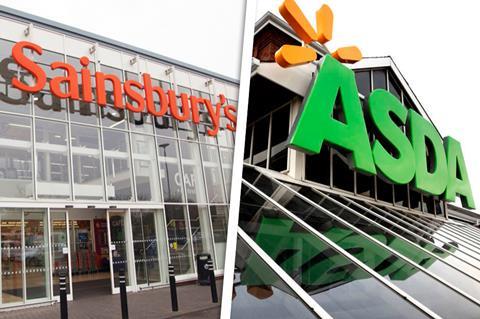 Sainsbury’s and Asda have told the competition authorities they would be willing to sell up to 150 supermarkets and a raft of convenience stores in order to get their merger through.

Details emerged after the Competition & Markets Authority published the responses to its provisional findings, which came out last month and have left the chances of the deal going ahead dangling by a thread.

The supermarkets claimed that the “divestment of 125-150 supermarkets” and “a number of convenience stores” to one of their rivals or a new entrant should be enough of a remedy to allow the deal to go through.

It also said it would be willing to see “the divestment of a sufficient number of petrol filling stations to either grocery buyers or a fuel operator”.

“Taken together, these proposals represent a unique opportunity for existing operators to add additional scale or for a new operator to obtain immediate scale,” they said.

Sainsbury’s and Asda had announced earlier in the week they had proposed selling off stores, as well as committing to £1bn in price cuts, in order to try to convince the CMA it should allow the deal.

The proposed store sell-off came as part of a long attack on the CMA’s methodology and findings, with documents running to nearly 200 pages.

In its evidence, Sainsbury’s and Asda launched a withering attack on the CMA’s findings, accusing the body of conducting a “competition test that ignores competition”.

The would-be merger partners claimed the competition watchdog had failed to take into account changes in the market, including the changing role of the discounters and the ramping up of online competition.

In a stinging attack, the two retailers accused the CMA of carrying out an “insufficiently robust investigation”. They claimed the provisional findings that came out last month were riddled with errors and incorrect assumptions about the state of competition in the retail industry.

The evidence, published by the CMA today, includes criticism of the CMA’s provisional findings that the merger would lead to a serious lessening of competition because of the two parties’ online power.

Sainsbury’s and Asda castigate the authorities for failing to anticipate the joint venture between M&S and Ocado, saying it was the biggest example of the CMA being out of touch with reality.

“The CMA has, on the face of the provisional findings, failed to carry out a sufficiently robust investigation of third-party evidence,” says the response.

“Just a week after the provisional findings were issued, M&S announced that it is entering into a £750m joint venture arrangement with Ocado, which will result in M&S products being available for online delivery (alongside a wide range of branded products) within 18 months.

“According to the materials published by the parties on announcement, the jv will work as a true partnership aiming to create the UK’s leading online grocery business.

“The failure of the CMA to identify this upcoming entry indicates that its investigative steps were clearly deficient as a transaction of this size and nature must have been in contemplation and negotiation for some time.

“Similar statements downplaying or denying entry/expansion plans by other competitors also appear to have been taken at face value by the CMA and not investigated properly.”

Among the key claims being made by lawyers for the supermarkets is that CMA set the bar too low in the so-called GUPPI threshold, the measure used to gauge the potential impact of price rises on consumers.

In the evidence they say: “The CMA’s analysis ignores both the evidence and the realities of how customers shop today.

“The CMA has applied a threshold for identifying local areas of concern that does not fit the facts and is far below the most conservative standards applied in previous cases. This means that the CMA identifies an area of concern where an Asda and a Sainsbury’s store are within seven minutes’ drive time of each other, irrespective of whether there are one or six competitors in the same area. Essentially, a competition test that ignores competition.”

They were backed in evidence submitted to the CMA by economists Ben Forbes, Mat Hughes and Rameet Sangha from AlixPartners UK LLP, who told the CMA its findings risked having a disastrous impact on the possibility of future merger activity.

They said the GUPPI threshold for groceries (2.5%) was “unreasonably low to identify serious lessening of competition,” adding “future mergers may be deterred, even if they generate material pro-competitive efficiencies to the benefit of consumers”.

“Many retailers are facing challenging market conditions, and merger efficiencies may be important to their survival and their ability to deliver value to consumers.”

“We have asked the CMA to correct significant errors in its provisional findings. Its analysis fundamentally misunderstands how people shop today as well as ignores the intensity of competition and the dynamism of the UK grocery market, which evolves on an almost weekly basis.”

However, this week competition lawyers told The Grocer they believed that despite Sainsbury’s and Asda “correctly identifying” holes in the probe, they believed they had very little chance of overturning its opposition to the merger, despite the partners also unveiling plans this week for £1bn in price cuts.

In its evidence, the FDF welcomes the provisional findings. “The CMA correctly identifies a wide range of serious issues with the proposed merger and an ever-more consolidated grocery market,” it says.

Rival retailer Waitrose also welcomed the provisional findings, saying; “We remain of the view that should the merger go ahead, the possibility of having two large national players representing well over half of the groceries market, with a significant presence in GM and fuel markets, would fundamentally shift the dynamics of the retail sector, substantially lessening competition at both a national and local level.”

The CMA issued no further comment but said it would be considering “each” of Sainsbury’s and Asda’s complaints before its final report, due on 30 April.