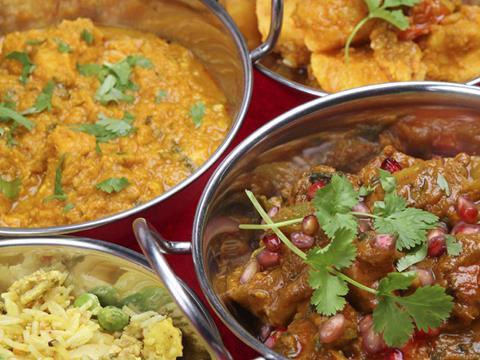 Unsecured creditors of S&A Foods, including big name food suppliers, look set to be out of pocket by up to £15m as a result of the administration of the ethnic ready meals business last year. New documents from administrators at Deloitte also revealed a more detailed account of the failure, as well as the extent of the deteriorating trading at the manufacturer.

S&A, which had supplied Asda with curries since 1987, owed 300 unsecured creditors a total of £15m, including £300,000 to rice producer Tilda, £1.8m to meat import business Oakfield Foods, and £220,000 to onion processor Freshpeel Produce. Its 297 staff were also due £335,000 in wages and holiday pay. It is not yet certain how much will be available to repay the unsecured creditors, but a small distribution is likely, Deloitte said in the administration report.

Barclays, which is the only secured creditor, was expected to receive the £2.5m it was owed for a commercial loan in full from the collection of book debts and the sale of the Derby factory to 2 Sisters in December for about £4m. The bank lent S&A £3.9m to invest in the Derby factory in the year ended 31 March 2015, with some of this already paid back in the seven months leading up to the collapse.

Deloitte was appointed as administrator of S&A on 27 October 2015 after the company ran into cashflow problems. It had been informed by Asda, which accounted for 97% of its turnover, in the summer its long-standing contract would not be renewed following a tendering exercise.

Asda said at the time it had committed to supporting the business for another 12 months to give it time to find new customers; the retailer also said it had advised S&A over the past two years that it should diversify its client base. S&A founder Perween Warsi, however, insisted the blame lay with the supermarket.

Deloitte’s report highlights the loss of the Asda tender in the summer of 2015 as a prime factor in the administration, alongside declining sales and significant investment in capital to deliver certain product requirements.

A source close to the administration said the Asda loss created a “vicious spiral”. “Once suppliers got wind of the end of the contract, they wanted payment upfront rather than on credit and the bank borrowings were also overstretched. It became a case of parties protecting interests best they could.”

At the time of the collapse, S&A’s sales ledger was valued at £2.2m, mostly made up of main customer Asda. Deloitte has yet to receive any money from the supermarket and is currently in discussion over the exact amount owed. The report added Asda had indicated it was considering applying certain deductions in relation to claims for loss of profit to the account. The failure of S&A left Asda without own-label curries on its shelves, with Kerry Foods being asked to fill the gap in the short to medium term. Asda would not confirm if Kerry had been handed the S&A contract in the long term and a spokesperson said the retailer was in the final stages of agreeing terms with its new chosen supplier.