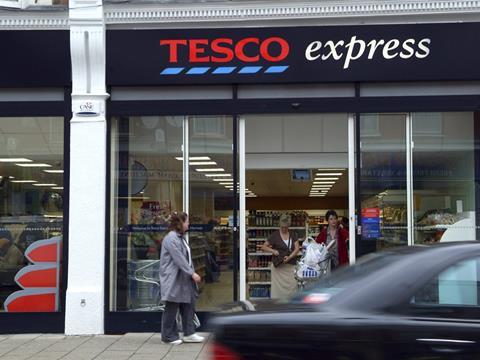 One of the major unknowns thrown up by the surprise Tesco takeover of Booker is how the CMA will react and what remedies will be required to appease the monopoly watchdog.

The scores of legal and corporate finance advisers working on the deal will have likely laid out every scenario for Dave Lewis and Charles Wilson. And the Tesco and Booker CEOs were optimistic on calls with journalists today that the merger would secure a green light from regulators.

But what do retail analysts, dealmakers and competition lawyers make of the deal’s chance?

The acquisition creates a food giant in the UK, with combined group revenues of £59.4bn (£54.4bn for Tesco, £5bn for Booker).

Tesco operates 730 large supermarkets, alongside 2,839 smaller stores under the Express, Metro and One Stop banners, generating UK sales of £37.2bn.

Lewis stressed the independent ownership of the stores linked to the Booker empire. “In this merger, Booker doesn’t bring any store ownership,” he said. “We’re not acquiring more stores. We’re very confident that when the competition authorities have considered the deal they will come to the same conclusion as we did in our due diligence – that there isn’t an issue. Charles doesn’t have an influence over the offering. We service an enhanced convenience outlet but don’t have ownership. There isn’t an influence on pricing or ranging.”

Not everyone is as convinced the deal will sail through the competition process quiet so smoothly.

Independent competition solicitor Vivienne Robinson said the takeover will be the biggest case the CMA looks at this year.

“The CMA will examine if Booker does indeed have a decisive influence over the stores and to what degree any contractual arrangements give it control over the sites and what they stock,” she added.

“What regulators will be particularly concerned about is Tesco taking control of the supply chain to its downstream competitors in the smaller grocery store end of the market. It will ask what the implications are of Tesco being the distribution chain supplier to those stores and whether they could raise prices.”

Retail analyst Nick Bubb said the CMA would have “a field day” with the merger. “Although Tesco is mainly a retailer in the UK and Booker a wholesaler, Tesco does own the One Stop convenience store chain that competes with Booker’s interest in symbol groups and convenience store retailing, so it is by no means clear the CMA will allow things to proceed very far without having a good look at the overlap.”

Clive Black at Shore Capital, house broker to Morrisons, also worried about the unpredictability of the CMA.

“The CMA, not the most rational or straightforward body we should add, could have an absolute field day here,” he said. “Christmas has come very early for this crazy band of bureaucrats (remember the Poundland/99p Stores debacle). More to the point, the non-Booker independent and wholesale trade will be up in arms on this proposed merger and so it could be a very messy process.”

Satyen Dhana, a competition partner with law firm CMS, agreed the deal would face tough scrutiny from the watchdog.

“Whilst Tesco and Booker do operate in largely different segments, the CMA is likely to examine where the parties overlap and if the enhanced new business becomes a must-have trading partner for customers and suppliers,” she said. “Tesco may not be owning any more stores, but potentially it become a key supplier to a large number of independent convenience stores that may compete at the local level with its own stores.

“Suppliers of goods to Tesco and Booker may also want the CMA to consider if the transaction now combines two of their largest customers.”

Bruno Monteyne of Bernstein speculated that CMA approval may be granted with some store closures in convenience network as both Tesco and Booker have a similar 10% share of the market.

Broker Peel Hunt was more optimistic about clearance for the deal. “The CMA will inevitably crawl all over the deal, particularly given the greater share in the convenience market,” head of research Charles Hall said. “However, we believe the deal is likely to pass given that it should be seen as positive for the combined group’s customers.”

What is clear at this stage is that there is a very long road ahead (it took almost eight months for Poundland to finally get the all-clear for its 99p Stores takeover in 2015), with plenty of room for argument and counter argument.