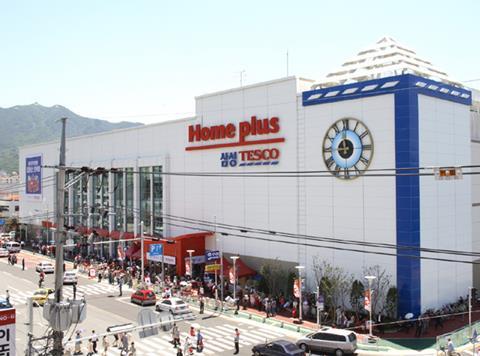 Tesco (TSCO) has received three bids for its South Korean arm, according to reports.

Tesco set a deadline of yesterday to receive bids from its Homeplus unit and has received offers from a consortium of Affinity Equity Partners and KKR & Co, Carlyle Group, and MBK Partners, according to Reuters.

The bids are all reported to be in the region of US$5.9bn mark (£3.7bn/7trn South Korean Won (KRW)), some way below the US$7bn Tesco hoped to raise from the business.

The lower value of the bids is primarily due to the rising value of sterling against the South Korean Won. After the Chinese stock market crash yesterday, the pound reached a five-year high against the won of KRW1903.8 by mid-afternoon before falling back to its current level of KRW1866.2.

The pound has gained over 17% in value against the South Korean Won since April 2015.

Tesco is expected to pick a preferred bidder as early as this week.

Tesco is selling Homeplus to strengthen its balance sheet following its £250m profit overstatement in September 2014.

It is also seeking a buying for its Dunnhumby data business, but bids look set to fall short of its £2bn valuation, with interested parties reportedly readying bids as low as £700m.