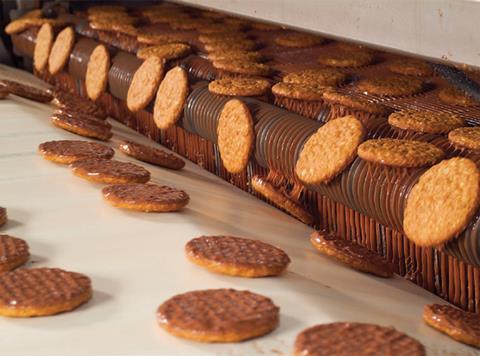 Now we’re back from the summer malaise, the food and drink M&A market is spluttering into life once more.

It’s easy to see why deals are getting done. Valuations are higher than they’ve been for many years and general M&A activity is increasing as companies benefit from a wide range of low-cost financing options.

In this context, it’s something of a surprise that UK food and drink M&A volumes fell 15% quarter-on-quarter in Q2 and 28% year-on-year. According to figures from Gambit corporate finance published today, UK industry deal volumes were at their lowest level in Q2 since before 2012.

Have potential investors been put off by the chaotic grocery retail environment? Not according to Gambit, which insists acquisition appetite remains strong.

Instead it seems 2014 so far has seen a relative lack of supply – it’s proving frustratingly difficult to convince UK food and drink companies to sell themselves.

One possible reason is that the explosion of retail IPOs in the first half of the year has convinced a number of food companies to try their own hand at a stock market listing rather than go down the usual route of a private equity or trade sale.

The valuations achieved by retailers including Poundland, Pets At Home and AO World look to be beyond the appetite of private investors, seeimgly making the prospect of food and drink IPOs coming in the second half all the more likely.

The Grocer recently reported that United Biscuits and Moy Park were planning IPOs before the end of the year, with a host of names eagerly watching their fortunes to potentially follow in their slipstream if the investor appetite is there. The share price performance of some of the 2014 listings so far will, though, make investors more wary, so only high-quality companies are likely to get away.

Gambit found that private equity volume fell by 50% in Q2 compared to the first quarter, principally because of the constrained supply of quality businesses seeking investment.

The firm said: “The benefits of well-established markets and predictable returns in food and beverage means that private equity houses are repeatedly looking to invest in the sector.”

But there have also been a lack of large-scale private equity exits of food and drink firms. The lack of exits is likely to have suppressed private equity appetite as the big players will naturally want to shift long-held food and drink companies from their portfolios before making new investments. Private equity accounts for around 65% of London IPOs - if the IPO market is receptive to food and drink deals in the latter half of the year it is natural to think they will look to reinvest a portion of the proceeds back into the sector.

Another reason for M&A optimism is the ongoing theme of portfolio optimisation among fmcg multinationals such as P&G and Unilever – for example, Unilever sold its Ragu and Bertolli pasta sauce brands to Japan’s Mizkan group during the period.

This trend for big ticket deals isn’t just constrained to the UK. Thomson Reuters found that global M&A in both consumer goods and retail reached its highest level since the global economic crash over the first eight months of 2014, driven by huge deals such as the proposed $27.7bn merger of US tobacco giants Lorillard and Reynolds, and Japanese beverage firm Suntory’s $15.7bn takeover of US drinks firm Jim Beam.

All this, along with the more encouraging macro-economic data, seems to augur well for the second half of 2014 in the UK market. The appetite is there, it now seems just a question of when investors will get change to tuck in.