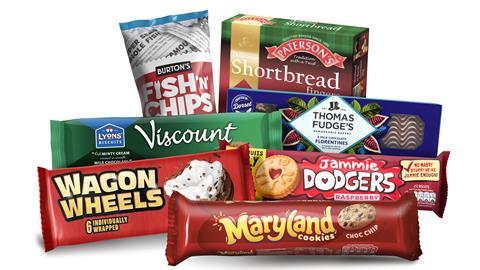 What does the union of Fox’s and Burton’s mean for biscuits?

Following Ferrero’s deal, the third-largest biscuit maker in the UK market has been created. So where does Burton’s fit into its plans?

Giovanni Ferrero, executive chairman of Ferrero and Italy’s richest man, has pulled off what Ranjit Singh and many others tried and failed to do: bringing together Fox’s and Burton’s. A union a mere 15 years in the making.

Ferrero fought off fierce competition from Valeo Foods Group and Bain Capital last week to acquire Burton’s Biscuits from Ontario Teachers’ Pension Plan for a price understood to be around £300m.

So, what now? Where does Burton’s fit into Ferrero’s grand biscuit strategy? And how worried should workers be about potential factory closures?

Attempts to combine Fox’s and Burton’s go back at least as far as Burton’s ownership by PE house Duke Street in 2007, but it was Ontario Teachers’ Pension Plan that tried hardest to strike a deal following its 2013 takeover.

The Canadian pension fund tried no less than four times to merge the two businesses, including a proposition in 2017 to float a combined Burton’s and Fox’s on the London Stock Exchange under the new name Bakehouse Foods Group.

Ontario even delayed the recent auction of Burton’s, originally slated to start last year, to have one last crack at buying Fox’s, only to be outgunned by Ferrero.

Shaun Browne of Houlihan Lokey, who advised Ferrero on the Fox’s and Burton’s deals, says the two assets go naturally together. “There are significant benefits from product overlap, factory utilisation, and you create a business with more ballast to it,” he adds.

“The UK biscuit market is competitive, so a combination gives them some chance of competing with the rest. It now has a viable biscuit business in the UK that can go up against heavyweight players in the market.”

But Fox’s and Burton’s together creates the third-largest branded biscuit maker in the country, overtaking Nestlé and catching up with Mondelez. And in own label, where the two hold strong positions, the combo puts them on close to even footing with Pladis.

A combined Fox’s and Burton’s will also deliver Ferrero significant synergies, which one industry source estimates at £30m a year minimum.

These savings meant Ferrero was able to outmuscle Bain Capital, which, with former Burton’s CEO Ben Clarke leading the bid, was considered the favourite in the auction by a number of City sources. Although, the pension obligation at Burton’s, with a deficit of somewhere between £40m and £80m, added an extra layer of difficulty for a PE buyer.

A price of around £300m gives the deal a 12x – 14x EBITDA multiple, which is considered punchy for a business with a significant proportion of private label and contract manufacturing revenues.

But with those synergies comes the obvious threat of factory closures, with six Burton’s and two Fox’s production sites creating potential for over-capacity. There are also duplicate DCs and head offices.

A spokesman for the Ferrero-related company CTH, which conducted the Burton’s deal, says there are no current plans to change the production facilities. “Our primary intention is to invest in the acquired business, capitalise on exciting new growth opportunities for Burton’s Biscuits and make the integration process as seamless as possible,” he adds.

However, foreign buyers of UK assets have created controversy in the past by breaking promises, notably when Kraft made 200 Cadbury staff redundant in 2011 just a year after buying it.

Ferrero also has form when it comes to closures at UK heritage names, with the decision to shutter the remaining 61 owned Thorntons shops earlier this year. The confectionery retailer had 242 owned outlets when Ferrero bought it in 2015.

However, it would be a mistake to view the deal solely through the lens of synergies as it also creates myriad opportunities in the UK and overseas for both Fox’s and Burton’s brands.

“The Ferrero-related company plans to maintain and further build Burton’s strong brand authenticity, while supporting the company with distribution and expansion to new markets and with new category segment opportunities,” the CTH spokesman says.

A City source adds: “Ferrero really like the Burton’s brands, the manufacturing capabilities, technical know-how and possibility of launching existing brands in new markets, as well as the natural synergies that always existed for Burton’s and Fox’s.”

He also says consolidation is great news for the biscuit market and for consumers. “When there are too many players everyone concentrates on making biscuits as cheaply as possible and innovation takes a back seat. Lots of focus on EDLP and not so much on NPD. This deal should signal more innovation.”

The most obvious low-hanging fruit for Ferrero is to use the deal as a UK launchpad for its Nutella biscuits that have been available in European markets since 2019. Other industry sources also see scope to expand the savoury offering and broaden into cakes.

It all raises a question over the longevity of the lucrative Mars partnership for Burton’s. Will Mars want to help out its confectionery rival? Equally, will Ferrero decide it is more beneficial to concentrate on making its own brands?

“We are in a too early stage to comment based on the information in our hands,” the CTH spokesman says.

Burton’s also adds extra strings to Ferrero’s biscuit bow by giving the Italian business a real breadth of options in the branded portfolio. Thomas Fudge’s, which Burton’s acquired in 2019, could easily sit on a tray alongside Ferrero Rocher at the ambassador’s reception, while the likes of Lyons, Jammie Dodgers and Wagon Wheels appeal to shoppers looking for a more everyday option. Fox’s offers something in the middle, which Burton’s lacked.

“In a time of economic uncertainty for lots of people, biscuits tend to do well,” says Tesni Steele Jones, a consumer insight director at Kantar. “People look to buy biscuits as an affordable treat as they manage their spend. Having that breadth of portfolio and reach for all day parts, occasions and budgets is really important.”

Whether the demand for biscuits generated in the UK by the coronavirus pandemic can continue remains to be seen, but it is likely breakfast-focused biscuits, on-the-go products and healthier options will win back some sales lost to indulgent brands in the months ahead.

“In a time of economic uncertainty for lots of people, biscuits tend to do well”

Viviane Palmedo, analytics team lead at NielsenIQ UK, predicts healthier biscuits should see a return to growth with HFSS coming into effect, as well as shoppers going out more again and being more conscious of their diet.

But Browne says sweet snacking isn’t going anywhere, especially as manufacturers continue to reformulate products with one eye on the impending HFSS restrictions.

“Consumers are always going to like the odd indulgence and to treat themselves, and reformulations also provide an excuse and make snacking more permissible,” he adds.

“It is a mistake to think all consumption of ‘healthy’ is people moving away from old to new. And there is also a difference between healthy eating and healthier eating.”

“Eat Natural products portfolio can respond to evolving needs and trends of consumers in the healthier snacking segment and it represents a strategic asset for the Ferrero Group,” a spokesman says. “We are committed and engaged to explore the healthy snacking market segment, independent from Burton’s.”

Ferrero has a huge job ahead of it – with the acquisition of Burton’s arguably the easy part – if it is to fulfil its biscuit ambition. One dealmaker warns a robust integration plan is needed and Ferrero must move a lot faster than it has done with Thorntons if it wants to succeed.

A source at another UK biscuit brand adds: “With Fox’s and Burton’s purchased in fairly quick succession, Ferrero must have a clear vision of where they want to get to in the market, but they may take a bit of time to get themselves sorted and a strategy in place. That pause may present other brands with opportunities.”