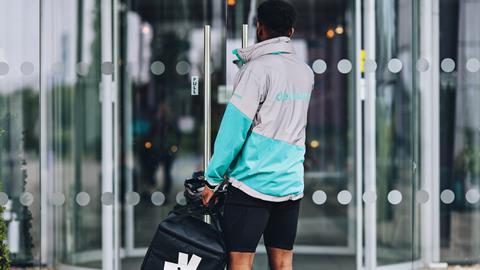 What's really behind the CMA’s enquiry into the Amazon-Deliveroo merger?

Amazon’s growth has gone unchecked by regulators for over 20 years. Despite its dominance of the online shopping scene, with UK sales now topping £7bn, it’s paid a mere £62m in corporation tax since its launch in the UK in 1998.

And it’s not just international tax laws that Amazon has run rings round. Competition authorities have shown little or no appetite to even question its growth, on the basis that it’s offering consumers amazing value for money and incredible levels of customers service.

But the laissez faire treatment of this tech giant may be ending. Over the Christmas holidays, the Competition & Markets Authority (CMA) announced it was going ahead with a full investigation into Amazon’s investment in Deliveroo, the fast-growing rapid delivery service.

The investigation will be “hugely damaging” to both companies, warns Clive Black, head of research at Shore Capital. The deal delays and legal costs – the CMA’s investigation will run until June – is like “sticking pins in your eyes and paying for the privilege”, he says.

So why is it happening and how is it likely to turn out?

Deliveroo announced last May that Amazon would acquire rights and a minority shareholding after leading a £450m funding round in the food delivery business.

However, the CMA quickly called a halt on any integration of the businesses over concerns they would “cease to be distinct”.

Revealing the full reasoning behind its action last month, the authority argued the deal would damage competition in the online restaurant delivery sector by “discouraging Amazon from re-entering the market in the UK”.

Amazon had competed with Deliveroo with its Amazon Restaurants business since 2016, but pulled the plug on the service two years later.

While Amazon had not publicly stated any intention to revive Amazon Restaurants, the CMA said it had uncovered evidence in Amazon’s internal business documents and in interviews with senior management which showed the online retail giant had a “strong, continued interest in this sector and a material likelihood” of re-entering the market.

The CMA also fears the deal would damage competition in the emerging market for ultra-fast convenience grocery delivery. Amazon offers one-hour delivery through its Fresh service in 300 postcodes in London and the South East, but Deliveroo dominates in the UK, partnering with the likes of Co-op on rapid deliveries from 400 stores as well as hundreds of independent convenience stores in London.

Concluding that the tie-up “could leave customers, restaurants and grocers facing higher prices and lower quality services”, the CMA gave Amazon and Deliveroo five days to address its concerns with legally binding proposals. Having not recieved any such proposals by the end of that period (18 December), it referred the deal for an in-depth investigation on 27 December.

The CMA’s investigation represents a “game-changing” leap for the authority, says Black. While all its investigations are reliant on forecasts and predictions, there is usually a wealth of solid data to analyse.

“The CMA here is looking at the deal from its potential rather than the reality of it today,” Black says. “What analysis can be done on this one? It’s much more of a Mystic Meg moment for the CMA.”

The action is based on “hypothetical, theoretical work on how they see the market developing” for which they must have “really good eyesight” Black adds.

The CMA is under increasing pressure to make such big calls. Competition authorities worldwide are facing criticism for allowing so-called killer acquisitions among tech giants, whereby a dominant firm acquires a start-up or potential competitor with the purpose of eliminating future competition. (Think Facebook with Instagram for example.)

“It is adopting a more flexible approach for assessing the ‘counterfactual’ – that is market conditions absent the proposed transaction – in digital mergers, given recent criticism at a national and EU level that competition authorities insufficiently scrutinised digital mergers in the past,” says Alan Davis, head of competition at Pinsent Masons.

This changing approach was seen in the authority’s investigation into PayPal’s acquisition of iZettle, which began in late 2018. In that case, the authority initially said it believed if the transaction didn’t go ahead, PayPal would likely invest in its own mobile point-of-sale payment devices.

In June last year, following an in-depth investigation, the CMA’s concerns were allayed, and it cleared the transaction unconditionally.

“The CMA’s concerns must also be seen in the broader context of its growing focus on digital mergers and the perceived risk that big tech ‘killer acquisitions’ of smaller digital competitors or businesses in adjacent markets will eliminate credible future competition, stifle innovation, and reduce consumer choice,” Davis adds.

The Amazon-Deliveroo investigation also comes after a major report was published by the CMA last month into “how major online platforms like Google and Facebook operate” amid concerns that their dominance “may have become entrenched with negative consequences” for users in the “rapidly developing digital economy”.

“The CMA wants to ensure that it is at least seen to be scrutinising transactions of this nature in the digital sector [more] carefully,” Davis adds.

So the CMA could force Amazon to unwind its stake.

But it’s playing a risky game. It will need to balance growing concerns about big tech giants against consumer interest. And while Deliveroo is growing fast, it’s posted losses totalling almost £600m since its 2013 launch.

“The irony is that if [the CMA rejects the deal], it might place Deliveroo in some jeopardy, which seems a worse competitive outcome than allowing Amazon to remain invested,” says Nicole Kar, head of UK competition at Linklaters. “So in some senses that remedy seems quite a perverse outcome from a competition standpoint.”

Hence, as Davis adds, the investigation “does not necessarily mean the deal will ultimately be blocked” says Davis. Like in the PayPal-iZettle case, “a closer review of the transaction may reveal the CMA’s concerns are unfounded”.

Whatever the outcome of this case, “the big takeaway is that big tech America is going to face greater regulatory challenge, not just scrutiny, from the CMA”, Black adds. The very question of competition is hotting up.