Young's Seafood sale on again as Findus negotiates with Nomad 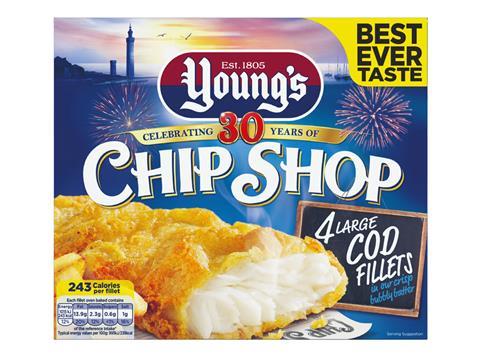 Nomad Foods’ £500m takeover of the European arm of Findus Group will re-open a process for the sale of the remaining UK business, including Young’s Seafood.

The Grocer understands corporate advisers from Stamford Partners and JP Morgan were appointed before the summer to discuss options for Young’s before the process was put on hold in June as Findus focused on negotiations with Nomad. The loss of a Sainsbury’s contract, which accounted for about £100m of Young’s £600m revenue, at the end of June also added complications.

One City source tipped talks for Young’s to recommence as early as mid-September, with others expecting it to take longer as the Sainsbury’s fallout continued to be assessed.

There would be a long list of interested parties, including a number of global seafood groups that lack vertical integration and would view Young’s as a way to open conversations with UK supermarkets, said one City source. International players, such as Thailand’s CP Foods and Brazil’s BRF, would also likely be involved as potential bidders, as well as institutional investors.

“Young’s has attractive scale in the UK market so could be a platform for others, especially overseas players such as Marine Harvest, which has incremental sourcing capability,” one source said.

Investment vehicle Nomad, which paid €2.6bn for Iglo Group in April, agreed to purchase Findus’ continental European businesses in Sweden, Norway, Finland, Denmark, France, Spain and Belgium. The deal includes the Findus, Lutosa and La Cocinera brands in these markets. It also reunites the Findus operations in Italy, which are owned by Iglo, to create a pan-European frozen food giant.

Findus, JP Morgan and Stamford all declined to comment on the sale process.

Findus Group CEO James Hill said: “Young’s Seafood is firmly outside the scope of this potential transaction and will continue to operate in its normal course of business, with the same owners, same business partners, same scale and expertise, and with the same dedication to the pursuit of excellence in the seafood sector.”

A Findus Group spokesman added: “There is no sale process underway, or planned, for Young’s Seafood.”