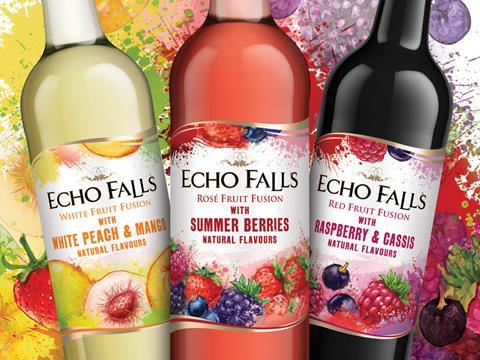 Morrisons has axed a slew of SKUs from Accolade Wines’ Echo Falls and Hardy’s brands.

Five Echo Falls lines have been dropped since the beginning of the summer, joining three delisted earlier in the year and reducing the number left on shelf from 15 to seven [Brand View 52 w/e 8 August 2018].

The grocer’s move comes after Echo Falls and Hardy’s faced plummeting sales in the mults over the past year in the face of competition from insurgent premium rivals such as Yellow Tail and Barefoot.