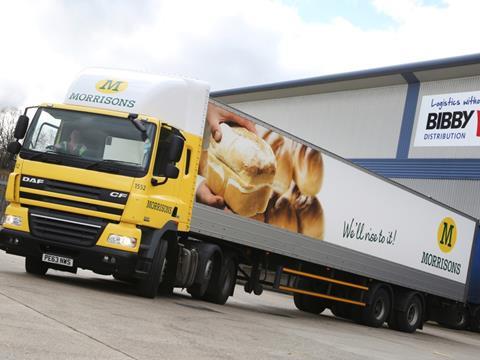 Morrisons is on track to remove £20m of stock from its inventory by the middle of next year as it looks to switch to sales-based ordering.

Ross Eggleton, head of national transport for Morrisons, told The Grocer the retailer had so far been able to reduce its inventory by £6m since it started working with Bibby Distribution in April 2013.

Through the partnership, Bibby has developed three primary consolidation centres (PCCs) for Morrisons and will have a total of five by the middle of next year.

Eggleton said 51 suppliers had so far signed up to use primary consolidation and that he expected this figure to double by the end of the year.

The PCC network allowed suppliers to deliver enough stock to cover three days rather than three weeks as its supply chain became more efficient, he added. Previously, suppliers had to cope with peaks and troughs in demand.

“We would have seven distribution centres meaning suppliers would need to use five or six different vehicles - some weeks they would all be busy while other weeks they wouldn’t be required at all,” he said. “Suppliers therefore have seen efficiency in their own production planning as they have just one stocking point and Bibby then flows the stock into our depots.”

As well as benefiting suppliers and helping to improve in-store availability, setting up the PCC network was a crucial prerequisite to switching to sales-based ordering, said Eggleton.

Last year, Morrisons moved from manual ordering in-store using pen and paper to new tablets, which it said made the process quicker and more accurate. It would make the switch to sales-based ordering in 2015, said Eggleton.

“We are working with the software provider to get it right and expect to go live with a pilot and rollout early next year.”