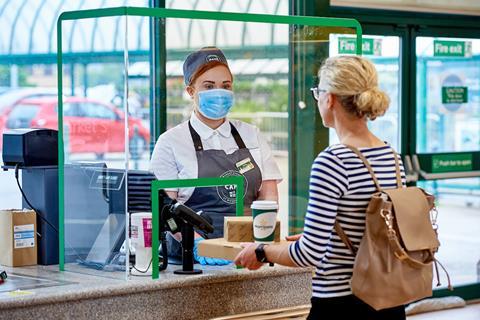 Morrisons has announced it is opening a chain of supermarket takeaways with the launch of a new hot food-to-go service in all 402 of its cafés.

Fish and chips with bread and butter will be available on promotion at £10 for two portions as part of the launch.

Morrisons said all items on the menu would be prepared by hand in Morrisons cafés and packaged in new cardboard takeaway boxes. Other meals will include bacon or sausage sandwiches plus a hot drink for £1.95, or afternoon tea for two for £10 – or £15 with the addition of prosecco.

Customers can order their takeaway by calling Morrisons’ national takeaway hotline number. They will be asked to give their postcode, select their local store, and will be transferred to their store’s café team who will take their order. Morrisons said customers could also visit a café when in store to place their order, with all meals ready for collection half an hour after the order is placed.

Deliveroo will also be available in some locations.

Morrisons closed its customer cafés in March as a result of Covid-19 but they have since reopened to the public.

“Our customers love our cafés,” said Marianne Jones, head of café operations at Morrisons. “Some dine with us a number of times a week and many have told us they’ve been waiting for their return. So we’ve been working behind the scenes to bring back some of our most popular dishes at great prices as we continue to feed the nation.”