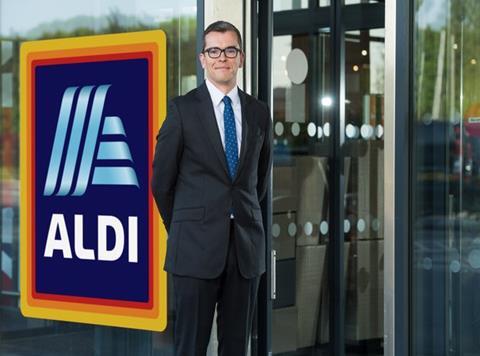 Aldi has appointed a new managing director of its Sheppey region in Kent.

Ben Shotter, who joined the discounter’s graduate training scheme in 2006, will take up the MD role of the newly created region later this year.

He will be responsible for a new £70m, 650,000sqft distribution centre in Queenborough as well as the 57 stores it is due to serve across London and the south east when it becomes fully operational in 2019.

The Sheerness site will begin serving some stores from this September, supporting an existing Chelmsford DC, which is operating at full capacity.

Aldi is currently recruiting for 400 roles at the new site, including warehouse, transport and logistics jobs.

The moves is part of Aldi’s plan to have 1,000 UK stores by 2022, which also includes new DCs under development in Sawley, Derbyshire, and Bedford. The plans will see the Sheerness DC eventually serving 120 stores, according to an Aldi spokesman.

The supermarket currently has 762 UK stores.

“The investment we have made to create a new region in Sheppey means that we can bring Aldi to the many customers that want to shop with us in this area,” said Aldi UK and Ireland CEO Giles Hurley.