Andrew Walker steps down as chief executive of Eat 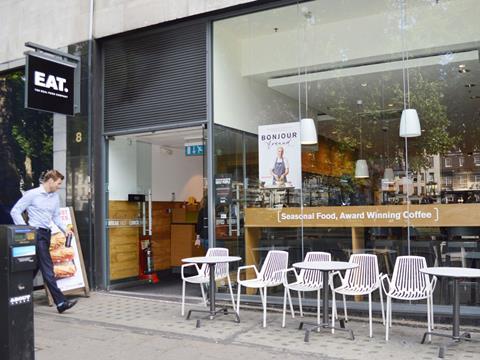 Andrew Walker has announced his departure from the business

The chief executive of food-to-go-retailer Eat has stepped down following the chain’s acquisition by high street rival Pret.

Andrew Walker has announced his departure from the business having been at the helm for three years.

Chief finance officer Mike Rainer will assume the role of managing director while the company continues to trade as a separate entity to Pret.

The Grocer understands that in the absence of a CEO, Rainer will lead the integration between the two food-to-go giants, which is expected to begin later this year.

The completion of the Pret deal is expected to be announced imminently having been subject to scrutiny by the UK Competition & Markets Authority.

Speaking at the time of the deal’s announcement on 22 May, Walker said many of the sandwich chain’s 90 stores are likely to be converted to ‘Veggie Prets’ in a bid to ‘turbo charge’ the growth of that brand.

Walker will now be taking time away from the industry to consider his future plans.

“I am unbelievably proud of my last three years leading Eat through a significant period of change,” he said. “Helped by the fantastic team from the ground up, we were able to turn around the business, evidenced by our last financial year where we saw a significant improvement in our trading performance sparking Pret’s interest. Mike was a key part of this success, so I leave Eat in very capable hands. I look forward to taking a much-needed break before considering my options in the future.”

Rainer added: “I would like to thank Andrew for his leadership and vision over the last few years and I’m pleased to continue his work by steering Eat through the next stage as we integrate with Pret. The vast majority of our colleagues will be staying on at the combined group and our customers will continue to benefit from our creativity and drive for excellence.”