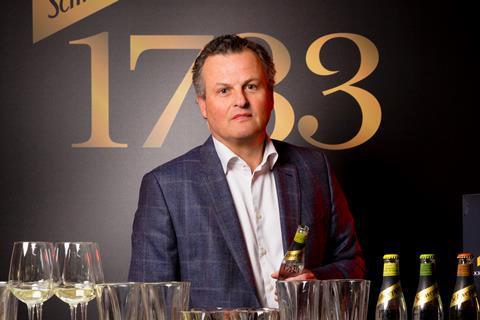 Coca-Cola European Partners VP and GM for Great Britain Leendert den Hollander is moving to a new role as GM for Northern Europe.

Den Hollander, who has overseen CCEP’s British business for the past six years, will take up the new role in September, continuing to report to CCEP CEO Damian Gammell.

During den Hollander’s tenure he “strengthened and broadened its portfolio through new brands and innovations, helped it to navigate through the implementation of the government’s soft drinks tax and steered its sustainable packaging strategy”, said CCEP.

“He has also been active across the industry, playing a key role on issues such as inclusion and diversity, environment and health in his capacity as president of the British Soft Drinks Association, president of IGD and as a current member of the Food & Drink Sector Council.”

He will be succeeded by Stephen Moorhouse, a 30-year veteran of the soft drinks giant and currently CCEP’s GM for Northern Europe.

Den Hollander called the move “a good opportunity” for both him and his successor. “[Moorhouse] is focused and knows the Coke operation very well.”

The changeover comes at a time of significant turmoil for CCEP. Its latest results for the second quarter of the year revealed a 26% drop in revenue as coronavirus wreaked havoc across Europe, with comparable volumes down 22%, amounting to a 48% drop in first-half profits.

“The market changed significantly because of the closure of hospitality and it was not easy,” said den Hollander. “It took us a few weeks to get a grip on demand, but we’re now in the recovery phase, supporting those in grocery who are open and those most ready to open up.

“Our response has been pretty strong and things are improving.”