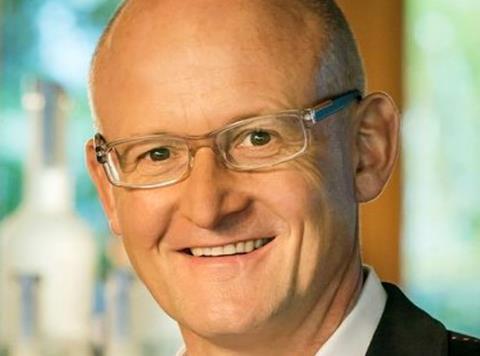 Fever-Tree has announced the establishment of a New York office and the appointment of Charles Gibb as CEO for North America, 10 years after the high-end mixer brand entered the US.

Gibb joined Fever-Tree in August as global strategy director from Belvedere Vodka, where he spent nine years as president and CEO. A former British army captain, he began his fmcg career in 1991 as Bacardi’s marketing manager for Europe. Senior roles with Diageo, Barrington Estate and Moët Hennessy followed before his move to Belvedere.

In his newly created role, Gibb will lead Fever-Tree’s operations across North America – where the posh mixer market continued to present “a significant opportunity for the group given the existence of the same trends of premiumisation, authenticity and mixability that have been driving the success of Fever-Tree globally”, according to the business.

“I look forward to working closely with him as we build the team and infrastructure in North America.”

Fever-Tree has given notice to its US agent, Brands of Britain, but the two parties will continue to work together over the next six months, with formal handover to be completed during the second quarter of 2018 – after which Fever-Tree will manage its distribution network directly.

Warrillow thanked Brands of Britain for its “hard work and contribution to Fever-Tree’s success in the US”.