Clive Schlee to step down as Pret a Manger CEO 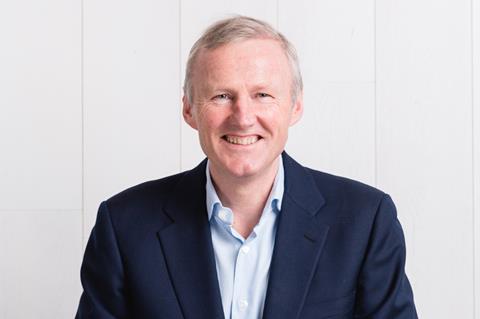 Schlee has overseen a tenfold increase in sales

Pret a Manger boss Clive Schlee has announced he will be retiring from his role as CEO at the end of September.

Schlee has overseen a tenfold rise in sales, helping Pret become a billion-pound business with over 550 shops across nine markets. It also recently swooped to buy rival chain Eat.

However, he also oversaw a troubled period for the company, which was at the heart of a food safety scandal in 2016, when teenager Natasha Ednan-Laperouse died after suffering an allergic reaction to a Pret baguette.

Schlee said he would maintain a role in the business as non-executive director, as well ensuring a smooth transition to Pano Christou, currently Pret’s chief operating officer, who is taking over as CEO.

The change at the top comes after May’s announcement Pret was buying Eat, with plans to turn the chain into a network of ‘Veggie Prets’.

The Eat deal is due for completion tomorrow.

But Pret has also endured a torrid period after the food safety furore. Last month the government announced it would press ahead with plans to introduce tough new labelling rules for food-to-go businesses, following the tragedy involving teenager Ednan-Laperouse.

“There is never an easy time to stop being CEO of a wonderful company, but with the completion of our Eat deal tomorrow, and the rollout of the Pret Allergy Plan, now is a good time for a new CEO to take Pret on the next stage of its journey,” said Schlee.

“I’m really pleased Pano is taking over. He knows our shops through and through and will keep Pret true to the values that have underpinned its success.”

Christou started as an assistant manager in the Carnaby Street branch of Pret 19 years ago, working his way up to become managing director of Pret UK in 2014 and COO at the start of this year.

“I am honoured to follow Clive as CEO,” he said. “Pret has big plans for the next few years - integrating Eat, developing Veggie Pret, delivering our digital transformation, and leading the way in supporting customers with allergies.

“I want to thank Clive for his leadership over the last 16 years, and we look forward to building on his legacy.”

Pret chairman Olivier Goudet said: “Since 2003, Clive has become the beating heart of Pret, transforming it into a much-loved, leading international brand. While I am sad to see Clive leave as CEO, I am thrilled he has agreed to become a non-executive board director, where he will continue to play a key role in stewarding Pret’s people, culture and passion, which are all so integral to its success.”