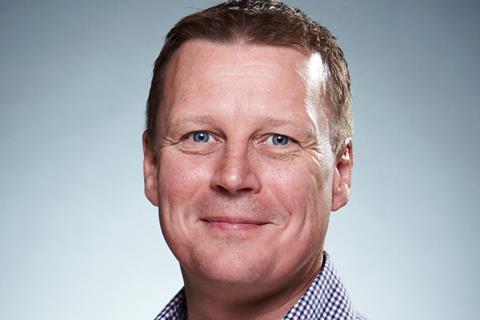 McNulty, who led SHS’ drinks division for the past four years, is an fmcg veteran, having also held senior roles at the likes of Coca-Cola Enterprises, where he was VP field sales and GM for London, and Kraft Foods, where he was EU director for alternate channels.

He will replace current MD and chairman David Nairn, who is stepping down after 14 years in the role. Nairn will stay on as a non-executive director and company secretary.

Over his time at Burts, Nairn “played an instrumental role in the UK premium snacking industry”, said the business, helping it grow sales from £1m to more than £60m per year.

“My career has been redefined by this industry after 32 years in banking,” said Nairn. “The role played in supporting our people and customers every day and my passion to continue to support the Burts family story will never change.”

McNulty said he was “excited about this new opportunity and the prospect of working with such a dedicated and ambitious team”.

“David’s leadership, commitment and passion for the business has created a long-lasting legacy and I am very much looking forward to building on his achievements, taking the brand and its product offering into the next chapter,” he added.

The move comes on the back of a solid financial year for Burts, whose sales jumped 50% in 2018, boosted by the acquisition of posh popcorn brand Savoury & Sweet. Its 2019 results are not yet available, but Nairn previously said he hoped the business would have reached £100m in sales by 2022.

Earlier this year, Burts signed up to make and distribute plant-based snack brand Native Snacks, which hit Sainsbury’s in January.