David Butcher returns to Carabao for second spell as MD 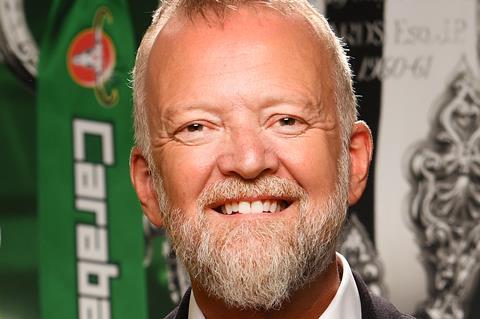 Butcher was Carabao UK & Ireland MD for seven months until November 2017, having been international director for three months before that.

His remit at Carabao is to grow the business in UK & Ireland, reporting into the main board in Bangkok, Thailand.

He will be responsible for strengthening relationships with existing customers and expanding distribution.

He takes over from Mark Young, who leaves the company after two-and-a-half years to “pursue new ventures,” according to the company.

Butcher said he had always greatly admired Carabao as a brand and since launching in the UK three years ago, it had firmly established itself as “the challenger brand” in a competitive sector.

“I see huge potential for significant brand growth in the UK, both through its continued and considerable investment in football, but also by staying true to its core: creating energy drinks that taste great and are low in sugar,” he said.