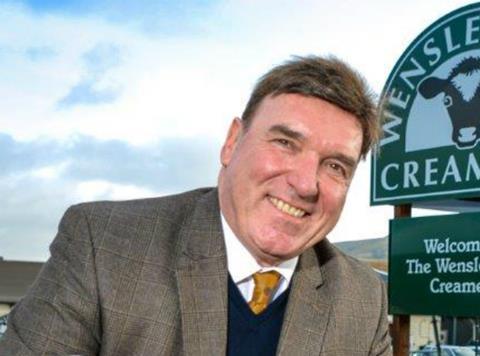 The fmcg veteran takes the role of executive vice president at the business across its north west Europe, Eurasia and Australia/New Zealand operations

He has been appointed to the role of executive vice president at the business - which was acquired by New York-based private equity group KKR for £6bn last December - across the three global regions.

The sale of the Unilever spreads division to KKR completed on 2 July, when the business changed its name to Upfield. The business employs 3,500 staff in 95 countries around the world, and describes itself as a “global leader in plant-based nutrition”. It has more than 100 brands, including Becel, Flora, Country Crock, Blue Band, I Can’t Believe It’s Not Butter, Rama and ProActiv.

Salkeld will be based in the UK and will have responsibility for the company’s newly independent operations across a total of 15 countries, consisting of the UK, Ireland, Sweden, Denmark, Finland, Armenia, Azerbaijan, Belarus, Kazakhstan, Kyrgyzstan, Russia, Uzbekistan, Ukraine, Australia and New Zealand.

He has 25 years of senior food industry experience, which includes running three of the UK’s top 100 brands in Lurpak, Anchor and Cravendale, and had a “unique background of global customer relationships from Australia to the USA”, Upfield said.

“David has built a distinguished track record of delivering shareholder value in the international food industry and I’m delighted he has decided to join the company as we shape our path for future growth as an independent business,” added Upfield CEO David Haines.

Salkeld was educated at the University of London, where he achieved a BSc (Hons) in economics and a postgraduate degree in personnel management, as well as attending the Harvard Business School executive programme covering business areas including strategy, retail management, supply chain management and competitive advantage.

In depth: The Midas touch: Butters and spreads category report 2018