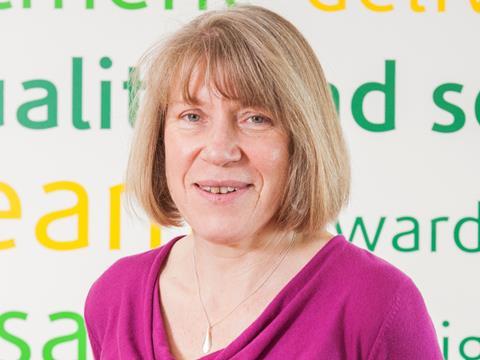 The appointment, which becomes effective from 1 January, will see Barratt succeed veteran IGD boss Joanne Denney-Finch, who stepped down in September.

Barratt was CEO at Natures Way Foods for 13 years, during which time it doubled its turnover.

Previously she was CEO of Eldridge Pope and held senior roles at Whitbread and Geest.

She is also a non-executive director of AG Barr and Higgidy and has served on the IGD board as a trustee since 2016.

“Her experience across the food and grocery industry, alongside a strong understanding of IGD and its work, will be robust foundations to build and grow IGD’s important contribution in the years ahead and will further reinforce IGD’s position at the heart of the food and grocery industry,” said Leendert Den Hollander, vice-president and general manager at Coca-Cola European Partners and IGD president.

Incoming president and Morrisons chairman Andrew Higginson added: “At a time of real challenges and opportunities for the food and grocery industry, Susan’s appointment as CEO is excellent news.

“I look forward to working with her and seeing the impact I am confident she will make. She brings with her strong commercial experience spanning the industry and I’m sure her background in managing and developing retailer relationships, coupled with a strong manufacturing and food service background will be a real asset to IGD.”

Barratt said: “Joanne Denney-Finch has left an impressive legacy on which to build. I am very much looking forward to working with both the IGD team and the industry to help tackle challenges the industry faces and build on opportunities that exist.”