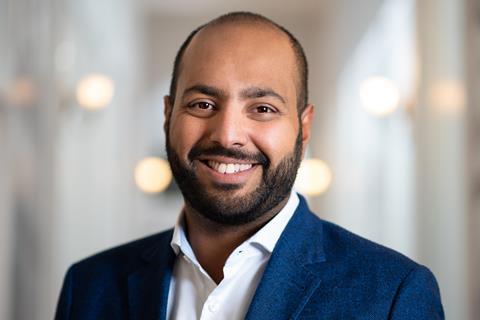 He joined the soft drinks giant this week, taking over from former UK sales director Scott Meredith, who will remain in the business in a revenue growth management position.

In his new role, Mistry will sit on the LRS ­executive committee, reporting directly to COO Carol Robert.

He will also support LRS’s Growing For Good vision with his “keen passion for leading health and wellbeing company initiatives”.

At brewing giant Molson Coors, he was director of sales. Prior to that he worked for Northern Foods as well as PepsiCo.

Robert said Mistry would bring “commercial acumen, drinks experience and a passion for wellbeing” to the LRS leadership team.

The last decade had been “transformative” for LRS’s brands and Mistry was “the right person to lead the team and continue our positive momentum”.

Mistry said it was “an honour” to join LRS and oversee the sales of its brands, noting that the soft drinks category was “extremely competitive and ever-evolving”.

His eight-year stint at Molson Coors also kick-started a push to ditch plastic from the packaging of its Carling and Coors Light brands, revealing plans to plough £7.5m into removing ­plastic rings and film wrap from the two brands, switching to 100% recyclable ­cartonboard packs by 2021.