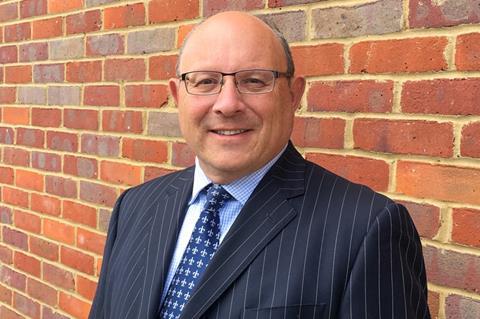 Small business minister Paul Scully today announced the appointment of White, who will serve initially as Tacon’s deputy until her extended time at the helm runs out In December.

He is also member of the Upper Tribunal (Tax and Chancery Chamber) and of the Lower Tribunal (General Regulatory Chamber) at HM Courts & Tribunal Service, where he is responsible for hearing appeals against decisions from the Financial Conduct Authority and the Ministry of Justice in a raft of financial services and claims management cases.

At Compass, White was responsible for legal, governance, the annual report, compliance and insurance, as well as the professional development of 140 lawyers for the FTSE 30 food and support services company.

“I welcome the opportunity to build on Christine’s work and at GCA my objective will be to drive forward the progress that has been made to date,” said White.

“As the annual survey has shown, much has been achieved, but there is still more to be done and I welcome the government’s commitment in its response to the statutory review to work with me to help suppliers feel empowered to raise issues in confidence with the GCA and their retailers directly.

“The exceptional times in which we find ourselves demonstrate the importance of a constructive relationship between the retailers and their suppliers, as well as the code’s resilience in shaping those relationships. I intend to build relationships across the sector – most importantly with the retailers, suppliers and trade bodies – while I carry out the role of deputy to Christine in the short term. In that way, I will be in a strong position to work on future issues as her successor and the UK’s second GCA.

“I look forward to working with him to ensure a level playing field between grocers and suppliers.”

Tacon said: “I welcome the Government’s announcement of the appointment of Mark White as my successor and the decision to ask him to take the role of Deputy GCA during my remaining term.

I agreed to stay on as GCA for a short period beyond the end of my second term in June to deal with any issues arising from changes to supply arrangements during the early stages of the COVID-19 emergency; this will be for a maximum of 6 months. Mark will be able to use this time to build relationships with stakeholders and the GCA team to do the role the way he sees fit and to pick up business as usual. I will of course be willing to share my learnings during this useful short period of overlap”