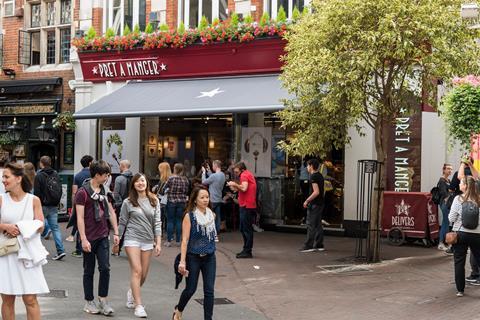 Pret a Manger chief customer officer Barnaby Dawe is leaving the business after just over a year.

The Grocer understands Dawe is returning to the media industry where he has spent a large proportion of his career.

He joined Pret in October 2018 after three years as global chief marketing officer at Just Eat. However he has primarily been involved in the media sector with roles at News International, Sky and Channel 4.

He is set to leave Pret at the end of the year. His was a newly created role and there are currently no details of how or whether the role will be filled.

During his time with the business he had been tasked with leading the sandwich chain’s e-commerce business and had responsibility for the brands global marketing and communications activity. He also played a key role in the work to rebuild Pret’s reputation following the death of teenager Natasha Ednan-Laperouse who suffered an allergic reaction after eating a Pret a Manger baguette.

“Barnaby has made an invaluable contribution over the last year and I’m personally grateful for this,” said Pret CEO Pano Christou. “He’s played an important role in the work we have done to win back trust with our customers and stakeholders, and he leaves Pret in a much stronger position than when he joined. On behalf of everyone at Pret, I want to wish him all the best for the future.”