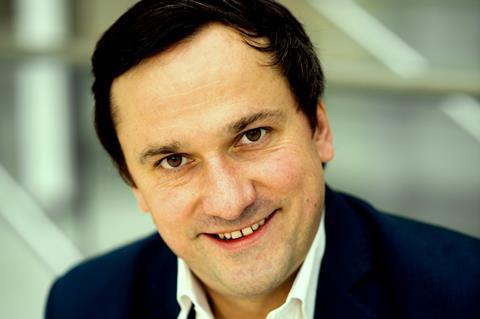 Retail property trade body Revo has announced its CEO Ed Cooke is to quit after four years at the helm.

Cooke was a key figure in the rebrand of the British Council for Shopping Centres to Revo.

The name combines the words ‘retail’ and ‘evolution’ in an effort to reflect an industry adapting in a digital environment, with Cooke at the time speaking of how “old distinctions are blurring”.

However, many of the battles have remained the same, with Cooke involved in the long-running campaign for business rates reform as part of his leadership, as well as the challenges facing bricks-and-mortar companies to compete with online models.

The organisation, which represents a £360bn sector despite its troubles, said it had started a search for a new CEO, with Cooke to remain at the helm until the spring.

“On behalf of the board and membership I would like to thank Ed for what amounts to over a decade’s service to our industry,” said Mark Robinson, Revo president. “Over the last four years as CEO, Ed has been instrumental in leading a profound change in the purpose and role of Revo, including its rebrand and repositioning, ensuring it now represents our broadening membership as our industry goes through major structural change.

“Revo is on a strong footing and has never had a higher profile, which is critical in representing and reflecting the views of our members across the market and to local and national government, where we are a key influencer through the MHCLG Future High Streets Forum, the HMT Business Rates Expert Advisory Group, and DWP Retail Forum.

“A thorough search process is underway for a new CEO who will lead the organisation, with the support of the board, through the next phase of its evolution, setting our strategic agenda and to continue to advocate on behalf of all our members.”

Cooke added: “A lot has been achieved by the Revo team over the last few years on behalf of members, including policy wins on business rates, planning and high street infrastructure funding, and I am pleased to leave the business with a stronger reputation, greater influence, and financially more secure. Now is the right time for new leadership to steer the organisation through the next stages of its journey.

“It has been a real privilege leading Revo. We have a great team of dedicated staff and member volunteers, a strong and dedicated board of non-executives, and the future looks bright for the organisation. There is much work to be done, but I have absolute faith that the future of our urban centres will sustain, as they continue to adapt to changing consumer needs and lifestyles.”