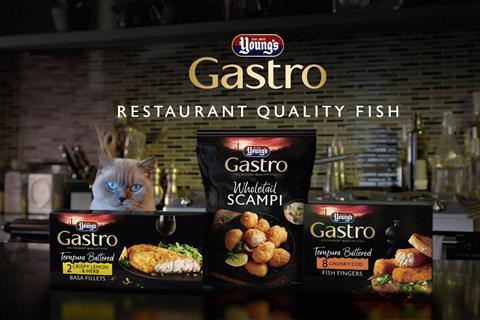 Young’s Seafood has continued to restructure its top team with the appointment of McCain Foods’ finance director Saeeda Amin as its CFO.

Amin is trained as a chartered accountant and previously held lead financial roles at 2 Sisters, Bakkavor and Sara Lee Bakery.

She replaces Tim Busby, who had been in the post since December 2017 and played a key role in the company’s recent sale to the CapVest-owned pork giant Karro Food Group.

“We’re pleased to announce that Saeeda Amin will join our business. Saeeda brings with her a wealth of knowledge from her roles with many of the UK leading food manufacturers,” said a Young’s spokesman.

“We would also like to thank Tim for leading our finance team over the past two years and for his significant contribution to Young’s. With the new owners now established, he has declared his desire for a new challenge.”

Amin brought “extensive experience across the branded and retailer-branded grocery sector” to Young’s, added its spokesman.

The change in personnel follows the announcement Young’s would appoint former Seachill MD Simon Smith as its new chief executive in July.

Smith will take up his new role on 21 October and boasts a career spanning more than 30 years in the food sector with the likes of GSK, Diageo and Northern Foods.

He joined Seachill’s previous owner Icelandic Group in 2009 as group sales and marketing director, and was behind the launch of its Saucy Fish Co brand in 2010.

Speaking after he was appointed, Smith said Young’s and its new owner Karro were now “ideally placed across multiple categories to truly inspire people to love fish and embed its position as the UK’s leading seafood company”.