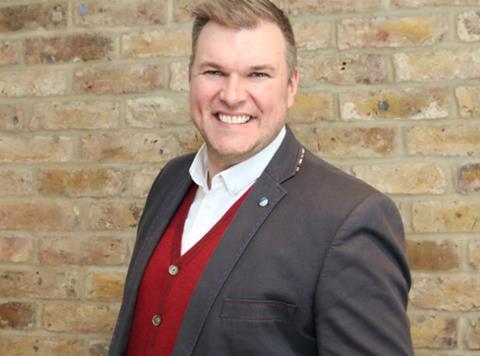 McVitie’s owner Pladis UK & Ireland has named Scott Snell as the head of its new customer team – created “to ensure that the customer is the heart of all sales activity”.

Holding the title vice president of customer, Snell brings a wealth of experience in the global fmcg sector, having most recently worked in senior sales roles at Mondelez in the UK and Norway, reaching the position of sales director of impulse.

He began his career 21 years ago with PepsiCo, starting as a retail sales representative for Walkers crisps, before holding such titles as trade marketing manager for Ireland, general manager for Naked Juice UK, and business unit account director for Sainsbury’s and Marks & Spencer. He spent 14 years at the supplier before joining Mondelez as sales director for UK grocers.

In his new job at Pladis, Snell has replaced Mark Winter, who in January after four years with the Jaffa Cakes owner left the position of vice president of sales. Part of the UK&I executive team, Snell is based at the company’s head office in Hayes, Middlesex.

“This is a key leadership appointment, which will enable us to successfully transition to new ways of working and bring a further competitive advantage,” said Nick Bunker, managing director of Pladis UK&I.

Snell praised the “entrepreneurial spirit” of Pladis. He added: I’m looking forward to pushing the boundaries on traditional thinking and working alongside such high-performing and motivated teams.”

His appointment follows that of Dmitry Ivanov, who late last month was named as Pladis’ first global chief commercial officer.