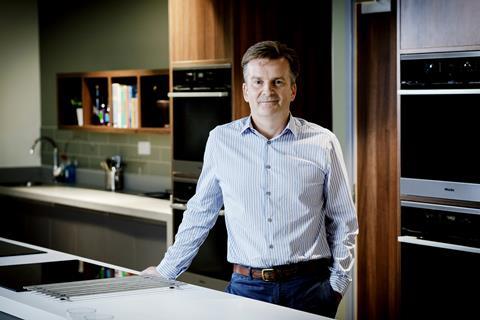 Thomas joined Waitrose from Sainsbury’s in 2003

Waitrose director of food and grocery Rupert Thomas is leaving the partnership at the end of the year – as new Waitrose boss James Bailey looks to refresh his executive team.

The departure of Thomas, who is understood to be pursuing new opportunities, was announced internally last Friday, with suppliers notified the same day.

Thomas joined Waitrose from Sainsbury’s in 2003, and was promoted to marketing director in 2010 before being appointed to run the commercial team when Mark Williamson retired in January 2017.

In 2019 he became director of food and grocery, but he was overlooked for the group trading director role when a unification strategy combining the John Lewis and Waitrose operations was introduced by ex-chairman Charlie Mayfield in a restructure at the start of this year.

”Rupert will be sorely missed and I know everyone in the Partnership will join me in wishing him well for the future,” said Bailey.

Headhunters have now been employed to help find a replacement for Thomas, though Bailey is also expected to tap into his extensive contacts book to help draw up the shortlist. An internal appointment is not anticipated.

Bailey, who was appointed by JLP chairman Sharon White in April, is also looking to recruit a head of online after Ben Stimson quit last month to join the NHS Test & Trace operations as chief customer officer.

Bailey’s only other report is customer director Martin George, though White’s rowback from the Mayfield unification strategy is expected to see further direct reports added. More details of a potential restructure could be unveiled at a presentation next Friday, in which the Partnership’s five-year plan will be shared.