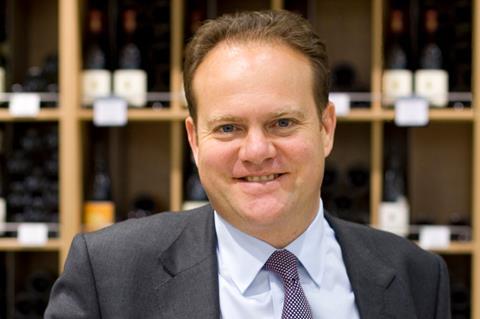 Collins, who has spent 26 years at the retailer, played a key role in developing the new strategy

Waitrose MD Rob Collins is set to leave the upmarket supermarket next year.

The departure of Collins, who has spent 26 years at the retailer, comes as part of a radical shakeup of parent company the John Lewis Partnership’s management structure.

Under plans due to come into force in February, John Lewis and Waitrose will be managed and operated as one business by a single executive team. There will no longer be separate divisional boards or managing directors for the Waitrose and John Lewis arms.

The business also confirmed the new structure would result in a reduction of around 75 senior management head office roles from the current total of 225, and that all aspects of the plan would lead to cost savings of £100m over time.

These changes would sharpen its focus on the customer, JLP said in a statement announcing the plans, speeding up the rollout of better products and services, and harness the power of the two brands. Other advantages of the company restructure would be to develop and set strategy in one place, better unlock the competitive advantage of front-line staff, speed up decision-making, and make internal and customer systems more efficient.

“Our current structure has served us well in the past, enabling us to develop two of the UK’s most loved and trusted brands. In the past three years we have delivered significant innovation and driven efficiency, maintaining market-leading service standards and growing customer numbers.

“However, the lesson of the past two years is that we need more innovation, faster decision-making and bolder steps to align our operating model with our strategy. This is what the Future Partnership is all about.

“Although there will be little or no disruption to our shops or websites in the near term, there will be considerable change in many other areas of the Partnership as we bring the two businesses much closer together. These changes are necessary and will be difficult for some of our Partners. We will implement them as carefully and sensitively as we can.

“We are confident as a board that when the programme is complete, the Partnership will be better positioned to break out from the cycle of declining returns that are affecting most established retailers. We will be a more modern and more unified business with a leadership team and cost structure that will enable the business to thrive in the long term.”

JLP said that Collins, who joined the partnership as a graduate trainee in 1993, had played a key role in developing the new strategy.

“Rob has been an outstanding leader for the Partnership in all the senior positions he has held. As managing director of Waitrose & Partners for the last four years he has made an enormous impact in modernising, strengthening and differentiating the business.

“Rob has been one of the central architects of our new plans and it’s a testament to his character that his commitment to the right course for the Partnership has not wavered, despite his own role being removed in the new structure. When he leaves in January he will do so with the sincere thanks of the whole Partnership and with our best wishes for the future.”

Collins said: “I have been closely involved in the planning of the Future Partnership programme and I’m very confident that the new structure is the right one for the future. I am certain it will enable the business to continue its long history of successfully adapting to changing times. There isn’t a role in the new structure I believe is right for me personally, and so I have decided to leave at the end of January.

“It’s been an honour to lead and develop the Waitrose business for the last four years and I couldn’t be more proud of what every Partner has achieved. I shall be a lifelong supporter of this unique and special business. I wish everyone happiness and success for the future.”