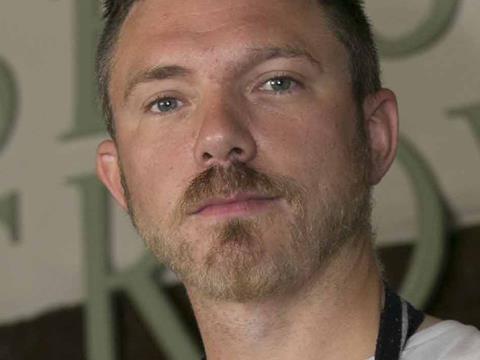 What was your first job? In a fast food restaurant. I remember being amazed at the prospect of earning £3.18 per hour.

What’s been your worst job interview? I was to be interviewed for the head chef position of a posh London pub. I arrived on time, looking smart and feeling well prepared. Unfortunately I was in a venue with the same name on the other side of town. After a speedy cycle I eventually arrived late, sweaty and out of breath. I didn’t get it.

What was the first music single you bought? Road to Nowhere by Talking Heads.

How do you describe your job to your mates? I run and own a factory that makes our Wilding’s Crispy Duck Crackling snack foods.

What is the most rewarding part of your job? Our factory is based near one of the UK’s largest garrison towns and being able to help recruit ex-armed forces is great. Re-adjusting to civilian life can be difficult and creating a pleasant work environment is rewarding.

What is the least rewarding part? Perfecting our recipe has been tricky and having to abandon failed results when they don’t meet our standards is always difficult.

What is your motto? Less is more, more or less.

If you were allowed one dream perk, what would it be? I’d really like to be able to travel the world and experience new and interesting cuisines.

Do you have any phobias? No, but I have a dislike of polystyrene cups.

If you could change one thing in grocery, what would it be? I would encourage all food manufacturers to use sustainable packaging.

What luxury would you have on a desert island? Several cases of Luigi Bosca Malbec.

What animal most reflects your personality? An octopus. They use well-developed strategies when finding food.

What has been the most embarrassing moment in your life? I remember attending school on a bank holiday. The only benefit is that there’s no one else to see you.

Which celebrity would you most like to work with? Heston Blumenthal, but only if accompanied by his team of food scientists.