Andrew Marten, Ohso, on flying and eating chocolate every day 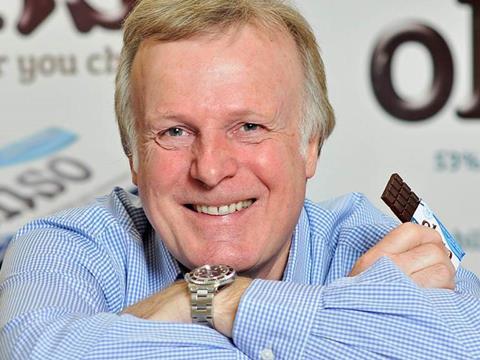 What was your first-ever job? I was a trainee airline pilot with British Airways. It was during the time of the three-day week and unfortunately (or fortunately in hindsight) I was made redundant. I went back as a messenger to the advertising agency where I had worked during college holidays.

What’s been your worst job interview? I have only ever had two, and the most difficult one was the three days of rigorous testing with British Airways.

What was the first music single you bought? Half a crown for Ticket to Ride by The Beatles… how old am I?!

How do you describe your job to your mates? I say that I’m in chocolate and therefore spend my life pleasing women! Everybody loves chocolate.

What’s the most rewarding part of your job? Seeing not only a successful business growing but also a brilliant team emerging. I’m also proud that Ohso has also won accolades including a Great Taste 2013 Gold Star for the Natural Orange Belgian Chocolate and the No Added Sugar Raspberry Belgian Chocolate editions.

What’s the least rewarding part? It would be having to eat chocolate every day, ha ha. In reality, there isn’t a part of my job that isn’t rewarding - I enjoy every aspect of it.

What’s your motto in life? If you want something done, then ask a busy man or a busy woman.

If you were allowed one dream perk what would it be? I think flying my own private jet would be the ultimate dream perk!

What’s your favourite movie? Why? It has to be the original Arthur - what a way to go!

What’s been the most embarrassing moment in your life? There are far too many to choose from.

Do you have any phobias? Yes - spiders!

If you could change one thing in the grocery industry what would it be? I would definitely change the ability to get better and quicker feedback on sales figures.

What luxury would you have on your desert island? My number one luxury would have to be a well-stocked wine cellar that remains at the optimum temperature.

What animal best reflects your personality? Why? An owl. I love going out at night and I can look in all directions.