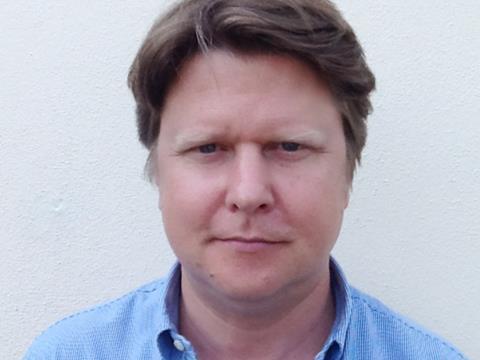 Director of Newstairs, the innovation arm of logistics firm AG Thames, on motor racing glamour, Adam and the Ants and international fame

What was your first-ever job? I sold classified ads for Autosport magazine. The odd bit of racing glamour (a trip to Le Mans or the British Grand Prix) but mostly selling ads for anything from old Formula Ford cars to torque wrenches.

What’s been your worst job interview? A long, long time ago I went to an informal group interview where drinks and nibbles were on offer. I dropped my glass, it smashed and 30 people turned round and stared in silent disgust. No job, surprisingly.

What was the first music single you bought? Can’t remember the first single, but the first album was Kings of the Wild Frontier by Adam and the Ants.

How do you describe your job to your mates? I say I’m selling peach plants. Not particularly representative of what I’m doing, but any more than that and I see the eyes start to glaze over.

What is the most rewarding part of your job? The knowledge and perspective that extensive travel brings, the people I meet and the opportunity to put a foreign languages degree to good use.

What is the least rewarding part? The A12 and the M25. My route to and from work.

What is your motto in life? A Suffolk man always used to say “do well” to me instead of the usual goodbye. I like that, so ‘do well’.

What’s your nickname? I sometimes still get called Hans or Hansie, a combination of Hands Clapham and Hans Gruber from Die Hard apparently.

What’s your favourite movie and why? Wild at Heart - great soundtrack, weird, sometimes violent and darkly comic film but love wins the day.

What’s been the most embarrassing moment in your life? Ordering a fish dish in an Italian restaurant and getting a plate of peaches. Pesce = fish, Pesche = peaches. Easily confused.

If you could pick a celebrity to join your staff who would it be and why? Three celebrities in one department just wouldn’t work. Francis Wheatley and I are already internationally renowned.

If you could change one thing in grocery what would it be? Less fear, more creativity. It might cost in the short term but in the mid to long term it would be enticing, sustainable and profitable.

What luxury would you have on your desert island? My acoustic guitar.