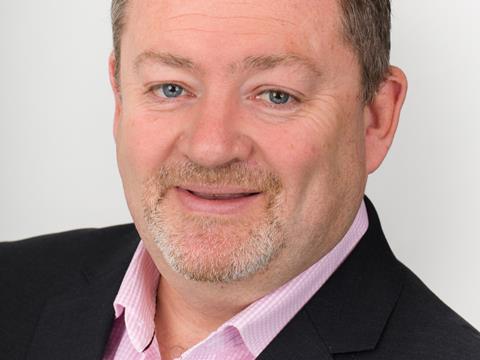 What was your first job? I worked on the record counter at Boots - dream job for a music fan. The only downfall was that I only earned £7 a day!

What’s been your worst job interview? It has to be the time I was handed a cup of tea in a bone china cup and saucer. I was so nervous, I sounded like a one-man fire alarm.

What was the first music single you bought? A Queen single but I can’t remember which one. I do remember my sister’s boyfriend melting it on the gas fire. I haven’t ­forgiven him yet.

How do you describe your job to your mates? I don’t. They are, quite rightly, entirely disinterested.

What is the most rewarding part of your job? My favourite aspect is when the pieces of the ­puzzle come together and ­everyone’s happy with the final picture.

What is the least rewarding part? Waste, and that comes in many forms. I’m talking about wasted material, money, time and, perhaps worst of all, effort. All waste is frustrating.

What is your motto in life? Play nicely.

If you were allowed one dream perk, what would it be? It would have to be a fast-forward button. I’m an impatient sort.

Do you have any phobias? It’s every football fan’s nightmare - that one day their rival team will beat their home team. For me, the fear is that Burnley might one day get beaten by Blackburn Rovers.

If you could change one thing in grocery, what would it be? I’m ­constantly frustrated that things can’t happen faster.

What luxury would you have on a desert island? A fridge full of Guinness and Toblerones.

What animal most reflects your personality? Red Rum in 1977. The desire to succeed while carrying way too much weight!

What has been the most embarrassing moment in your life? Leaning back in a very self-satisfied manner in my chair for it to snap completely in half mid-meeting. As you can imagine, everyone was enormously sympathetic.

Which celebrity would you most like to work with and why? I think Groucho Marx would make entertaining ­company on the long car journeys. (Alive that is).

What would your death row meal be? Easy - a cake with a file in it.