Joanne Barber, Wax Lyrical, on her 'best-smelling' job, Raymond Blanc and the 1970s 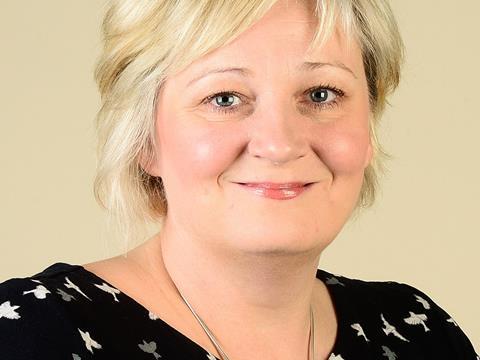 What was your first-ever job? From the age of about 14 I worked as a waitress at a local pub in the school holidays.

What’s been your worst job interview? The interview I faced with the most trepidation was when I met Mike Armstead, who had bought Wax Lyrical in 2007. I thought I was going to be meeting a hard-nosed entrepreneur. Instead I sat down with this lovely chap - I could see he would be firm, but fair and decent with it.

What was the first music single you bought? Adam Ant - Stand and Deliver.

How do you describe your job to your mates? The best-smelling job ever! Challenging and exciting in equal measure.

What is the most rewarding part of your job? The one standout thing is the team - we all share the same passion.

What is the least rewarding part? We have some really great NPD meetings but I hate having to be patient and wait for new products to be developed and produced.

What is your motto in life? Live for today.

If you were allowed one dream perk, what would it be? A gardener. I love all that is green but don’t have the fingers to match.

Do you have any phobias? The dark. As a child of the 1970s I remember being frightened during the power cuts - it’s perhaps where my love of candles began.

If you could change one thing in grocery, what would it be? It would be great if the industry would put more emphasis on ‘Made in Britain’.

What luxury would you have on a desert island? A certain brand of chocolate buttons.

What’s your favourite film and why? The Usual Suspects - a great thriller with a fabulous twist.

What has been the most embarrassing moment in your life? During an internal flight in the US, when I was in my 20s, I spilt a whole glass of water over a loud American lady. She made a huge fuss and I had nowhere to go.

Which celebrity would you most like to work with and why? Raymond Blanc. He is a great proponent of the importance of one’s sense of smell. I think he would work well with our NPD team.

What animal most reflects your personality? A bloodhound - active, alert and bright with a very keen sense of smell.