Laura Faeh, Poptails by Lapp, on karma and teleportation 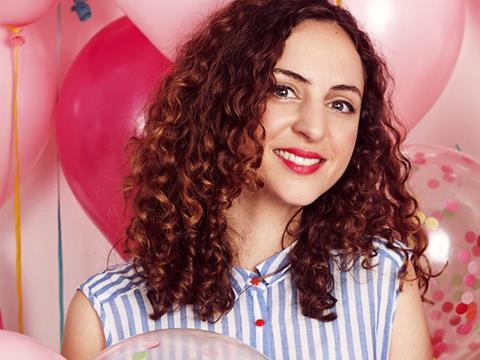 What was your first-ever job? Bartender in a bar in Paris… for a week. It was alongside my studies and couldn’t cope doing both every day.

What’s been your worst job interview? I speak five languages and I had it on my CV. On my very first interview in London my boss spoke exactly the five same languages at me and kept switching.

What was the first music single you bought? Tu m’oublieras by Larusso, a French artist who I liked because she had long curly hair like me.

How do you describe your job to your mates? Taking care of every single part of the brand. In the same day I can cut stickers, make ice lollies with weird shapes, post a picture on Instagram, call an electrician…

What’s the most rewarding part of your job? When someone says something positive about the products.

What’s the least rewarding part? When you realise something is wrong and you know it can only be your fault.

What’s your nickname? Lolo from my friends and Puce from my parents - the French word for flea but also a cute nickname for a little girl.

If you were allowed one dream perk what would it be? Teleporting! I wish I could easily be in many different places.

What’s your favourite movie? Baz Luhrmann’s Romeo + Juliet. I discovered it when I was a teenager and fell in love with Leo. It is so modern for a Shakespeare play.

Do you have any phobias? Spiders. I panic when there is one around, even a tiny one.

If you could pick a celebrity to join your staff who would it be and why? Kate Middleton! At least I would know that everyone in the UK would buy our products.

If you could change one thing in grocery what would it be? Having products organised by countries of origin so that maybe we would buy more locally.

What luxury would you have on your desert island? If it is hot, a Poptail of course. Nutritious and cooling me down at the same time.

What animal best reflects your personality? A lion, maybe. I am a very calm and nice person (I think) but if you bother me I will get my claws out.