Mike Docker, Northwood & WEPA, on helicopters, rollercoasters and being part of a team

Managing director at Northwood & WEPA, on helicopters, rollercoasters and being part of a team 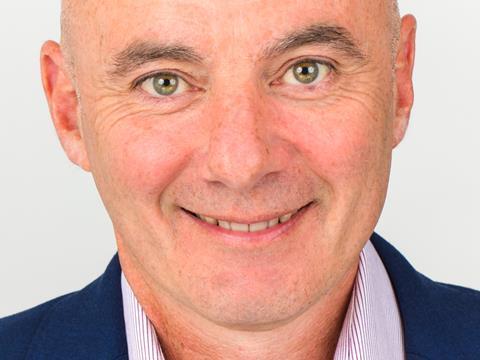 What was your first-ever job? On a fruit & veg stall in Wigan market. I was 16 and used to work every Saturday, plus holidays.

What’s been your worst job interview? When I kept calling the interviewer Didier, despite the fact that this wasn’t actually his name. His surname was Deschamps and Didier Deschamps was a famous footballer. I still got the job - luckily he was a football fan.

What was the first music single you bought? Ghost Town by The Specials.

How do you describe your job to your mates? I make toilet roll for the big supermarkets. We tend not to talk about work.

What is the most rewarding part of your job? My colleagues coming to work to make a difference, and achieving results they didn’t think were possible.

What is the least rewarding part? Having to spend time away from my children when I travel.

What is your motto in life? Never give up, you can achieve anything. My favourite anecdote is to remind people of when my football team, Liverpool, came back from three goals down in the 2005 Champions League final.

If you were allowed one dream perk, what would it be? A helicopter would definitely speed up my commute. The M6 is an absolute nightmare in rush hour.

Do you have any phobias? Heights - made worse by my son’s love of rollercoasters. I can’t wimp out, I’m his dad.

If you could change one thing in grocery, what would it be? If all discussions were about quality and service, as well as price.

What luxury would you have on a desert island? Red wine and French cheese.

What’s your favourite film and why? The Godfather Part II. A great story, and that music…

What animal most reflects your personality? An ant. It’s important to work hard and understand you’re stronger as part of a team.

What has been the most embarrassing moment in your life? Nothing I can repeat in The Grocer…

Which celebrity would you most like to work with and why? John Bishop. He’s hard-working, adaptable and has done some inspirational things for charity. He lives near me too, so he can make me laugh on the way to work in that helicopter…