My alternative CV: Wilfred Emmanuel-Jones on gorillas and Gone with the Wind 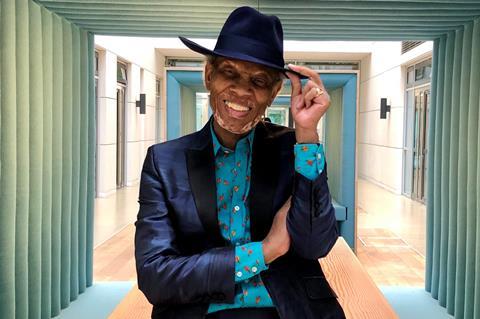 What was your first-ever job? A chef in a burger bar – all the rage when I was a youth. McDonald’s and Burger King didn’t exist in the UK at that time.

What’s been your worst job interview? Most interviews I’ve had for jobs were disastrous. I realised early on that if I didn’t work for myself I would starve.

What was the first music single you bought? My Boy Lollipop, recorded in 1964 by Jamaican teenager Millie Small.

How do you describe your job to your mates? I am a change-maker who can see around corners.

What is the most rewarding part of your job? Being in charge of my own time and not being answerable to anyone.

What is the least rewarding part? People who are resistant to and scared of change.

What is your motto in life? Make a friend of the uncertain. Certain can tell you what happened yesterday and today, but it can’t tell you what is going to happen tomorrow.

If you were allowed one dream perk, what would it be? Simon Sinek’s telephone number. He’s a psychologist and inspirational speaker.

Do you have any phobias? Being cramped in on a Tube carriage.

If you could change one thing in grocery, what would it be? I would like to see more BAME representation across our industry.

What luxury would you have on a desert island? Anything that would allow me to express my creativity. I like writing music and making films.

What animal most reflects your personality? A gorilla: strong, independent, but a bit of a loner.

What’s your favourite film and why? Gone with the Wind. I like strong, determined women with a touch of vulnerability. So much so I named my daughter Scarlett.

What has been the most embarrassing moment in your life? Losing my virginity. I hadn’t a clue what I was doing. There was no sex education in those days!

Which celebrity would you most like to work with and why? Morgan Freeman. He comes across as wise, considered, and comfortable in his own skin.

What would your death row meal be? Jerk chicken with brown rice, coconut and kidney beans.