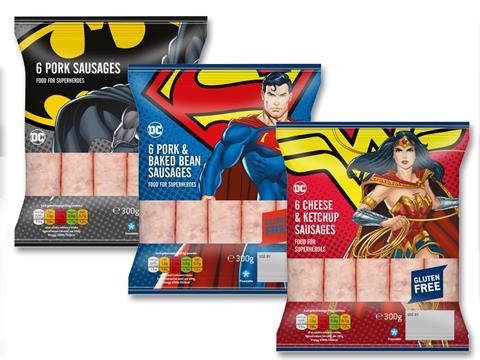 ABP has signed a major licensing deal with Warner Bros to create a new range of child-friendly DC Comics superhero-themed sausages and burgers.

Each pack carries either Batman, Superman or Wonder Woman branding, with the sausage lineup containing 56% meat and made up of pork; pork & baked beans, and pork, cheese & ketchup flavoured varieties. The sausages and burgers were made from British beef and pork, and the burgers were also cut into the shape of each superhero logo, ABP said.

“This is a first for the fresh and frozen meat categories and helps to create excitement for meat products in younger consumers,” said ABP UK commercial director Darren Jones. The range launched this week in selected Asda stores and will be available across the mults before the end of the year. 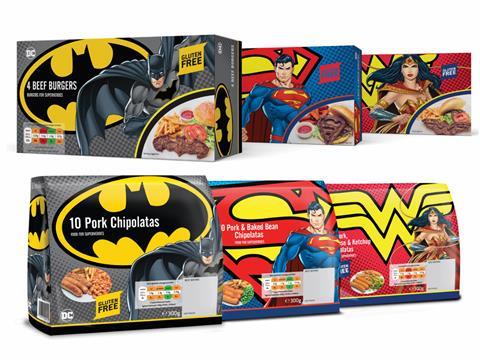 It comes less than a year after ABP teamed up with Men’s Health magazine to launch the Men’s Health Kitchen brand, and points to a new strategy for the red meat giant, which - apart from its ownership of the Debbie & Andrew’s sausage brand - has mainly focused on own label.

However, a spokesman for ABP stressed the launch merely represented “another example of ABP innovating and working to create excitement in the meat category”.

Visitors to last month’s Comic Con caught a sneak peak of the meat range, which was “very positively received”, added the supplier. The launch will be supported by national advertising and instore promotional and POS activity.

In depth: How should UK meat producers respond to the rise in plant-based eating?