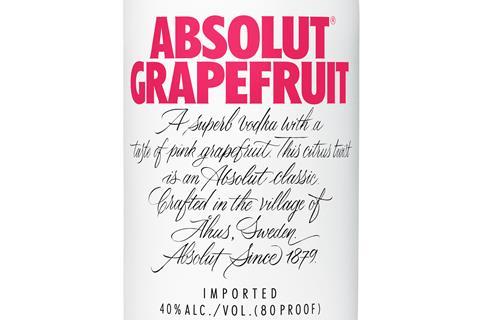 Pernod Ricard has given its Absolut Vodka brand a new grapefruit variant.

The drink (40% abv) is billed as having “a fresh taste containing the distinct note of pink grapefruit and a well-balanced natural sweetness” and contains no added sugar. Pernod Ricard is touting it as going well with tonic and a slice of grapefruit or in “summer cocktails” (rsp: £19.45/70cl).

Grapefruit-flavoured vodka was “growing twice as fast as the flavoured vodka category in volume”, said Pernod Ricard, according to CGA and Nielsen data [52 w/e 8 September 2018].

Read more: get the lowdown on this month’s hottest booze NPD