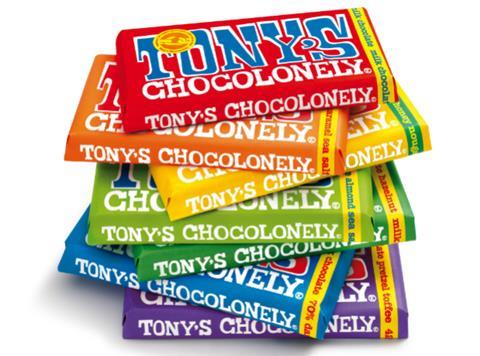 Dutch confectionery sensation Tony’s Chocolonely, founded with the aim of eliminating slavery from the chocolate supply chain, is set to make its UK debut this week.

The brand’s premium chocolate bars will land in Selfridges on 11 January, exclusively for the weekend – seven months after The Grocer revealed Tony’s plan to enter British grocery. They will then go on sale in Whole Foods Market, Ocado and independent retailers, before rolling into Waitrose in early February and Sainsbury’s in March.

Tony’s pays its cocoa farmer partners in Ghana and Ivory Coast more than Fairtrade. It is part of its efforts to maintain an ethical supply chain, which began in 2005 when Dutch journalist Teun van de Keuken founded Tony’s “to make 100% slave-free the norm in chocolate”.

Its bars are currently made and packaged in Belgium by third parties. However, Tony’s announced a project at the end of 2018 to build its own “Willy Wonka-style” facility outside Amsterdam in the next two years.

With its UK launch, Tony’s would aim “to raise awareness of the scale of the modern slavery involved in making one of the country’s best-loved foods, and to encourage consumers and the big industry players to join its mission to make 100% slave-free the norm in chocolate” said the Dutch confectioner.