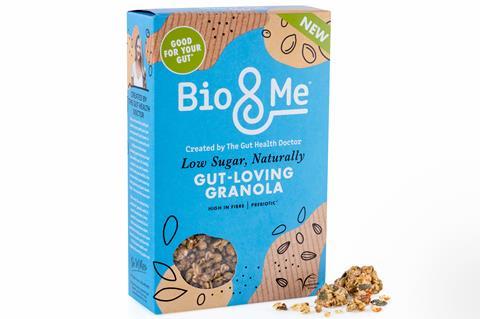 It contains less than 5% natural sugar

Bio&Me has added a naturally lower-sugar variant to its Gut Lovin’ Granola range.

Co-founder Dr Megan Rossi told The Grocer the key concept of the range was that it all had no added sugar, and got its sweetness from ­ingredients such as dates, which she said contained dietary fibre and other plant chemicals which feed the gut bacteria.