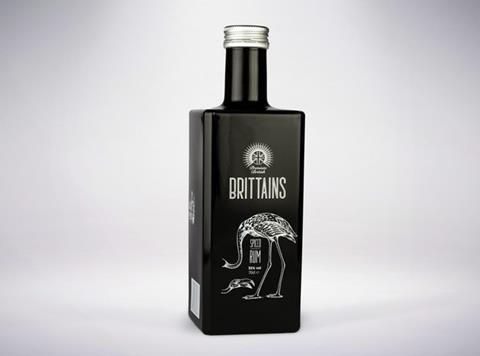 Brittains Premium Spiced Rum (35% abv) is a blend of Dominican Republic rum from column stills and Jamaican rum from copper pots. Brittains imports the rum at 75%, before reducing it to 35% and adding “a secret blend of caramel and spices”.

It has rolled into specialist retailers and the brand’s online store (rsp: £27/70cl).

Brittains, which is run by a husband and wife duo John and Fiona Raper and also sells a range of gins and vodkas, had built “a loyal customer base who have been part of our beverage journey”, said John Raper.

“We’re well established in Yorkshire and the surrounding areas and are stocked at a number of independent retailers, Michelin starred restaurants and bars. However, 2019 will see us drive things forward on a much more national scale.”

Rum was “tipped to be the next tipple of choice”, he said, adding the brand was readying targeted marketing campaigns and “a bigger push on retail” for 2019.